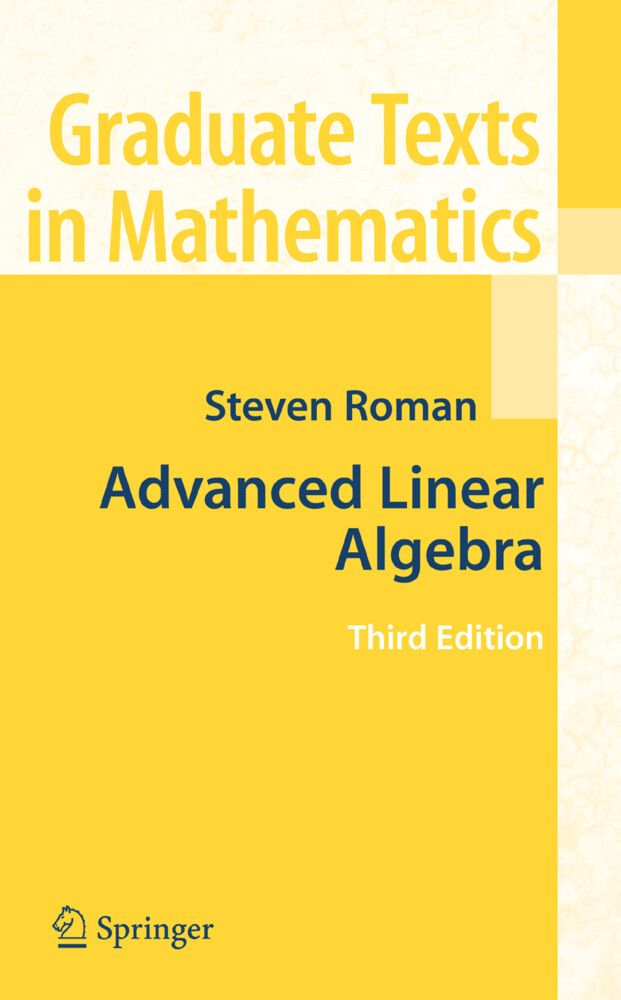 This graduate level textbook covers an especially broad range of topics. The book first offers a careful discussion of the basics of linear algebra. It then proceeds to a discussion of modules, emphasizing a comparison with vector spaces, and presents a thorough discussion of inner product spaces, eigenvalues, eigenvectors, and finite dimensional spectral theory, culminating in the finite dimensional spectral theorem for normal operators. The new edition has been revised and contains a chapter on the QR decomposition, singular values and pseudoinverses, and a chapter on convexity, separation and positive solutions to linear systems.

Dr. Roman has authored 32 books, including a number of books on mathematics, such as Introduction to the Finance of Mathematics, Coding and Information Theory, and Field Theory, published by Springer-Verlag. He has also written Modules in Mathematics, a series of 15 small books designed for the general college-level liberal arts student. Besides his books for O'Reilly, Dr. Roman has written two other computer books, both published by Springer-Verlag.

From the reviews of the first edition:
"... The book is very well written and has a good set of exercises. It is a suitable choice as a graduate textbook as well as a reference book." A.A. Jafarian for ZentralblattMATH
From the reviews of the second edition:
"In this 2nd edition, the author has rewritten the entire book and has added more than 100 pages of new materials. ... As in the previous edition, the text is well written and gives a thorough discussion of many topics of linear algebra and related fields. ... the exercises are rewritten and expanded. ... Overall, I found the book a very useful one. ... It is a suitable choice as a graduate text or as a reference book." (Ali-Akbar Jafarian, Zentralblatt MATH, Vol. 1085, 2006)
"This is a formidable volume, a compendium of linear algebra theory, classical and modern ... . The development of the subject is elegant ... . The proofs are neat ... . The exercise sets are good, with occasional hints given for the solution of trickier problems. ... It represents linear algebra and does so comprehensively." (Henry Ricardo, MathDL, May, 2005)
From the reviews of the third edition:
"This is the 3rd edition of a well written graduate book on linear algebra. ... The book covers a wide range of topics in a moderate length and careful manner. ... The list of references has been enlarged considerably. ... is suitable for a second course on linear algebra and/or a graduate text, as well as a reference text." (A. Arvanitoyeorgos, Zentralblatt MATH, Vol. 1132 (10), 2008)