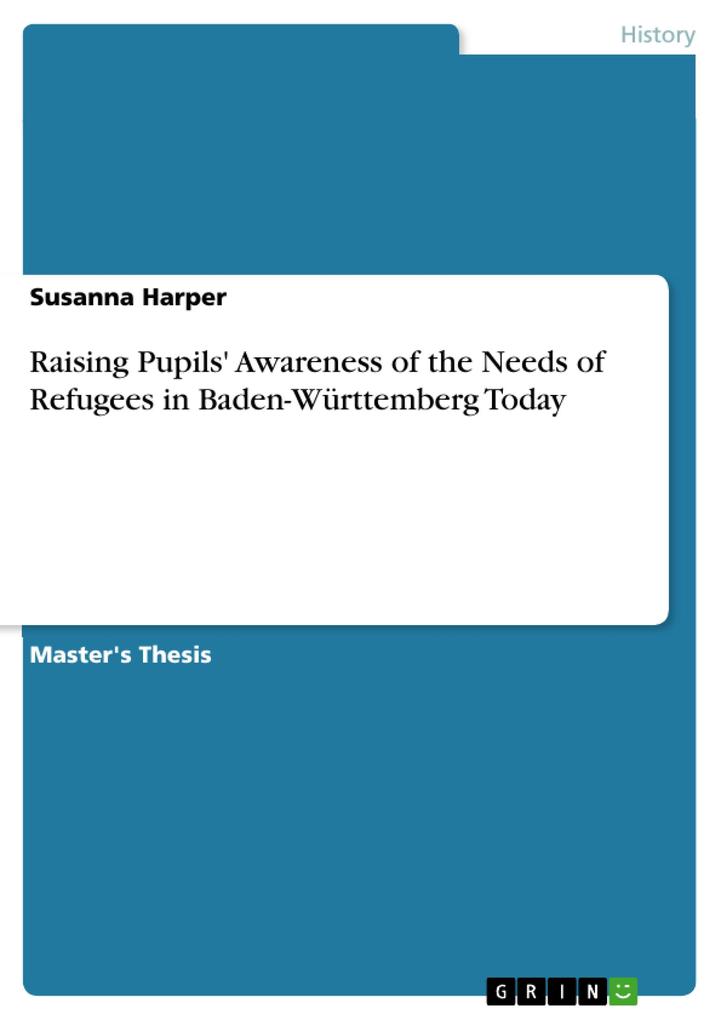 Master's Thesis from the year 2013 in the subject History Europe - Germany - National Socialism, World War II, University of Education Freiburg im Breisgau, language: English, abstract: According to the UNHCR, there are currently an estimated 42 Mio refugees worldwide. These include those persons who are currently internally displaced, those who have crossed a border and applied for asylum, and those who have been granted refugee status. In 1951, the Geneva Convention defined refugees as persons who, due to violence, persecution, or war, are forced to leave their home (cf. Angenendt 1999: 19). Refugees are no new phenomena; they have existed for thousands of years.

To this day, refugee situations are born out of conflict and disaster, and though societies change in structure and convictions, the `refugee question` remains. This thesis shall explore the ways in which the autobiography of Alice Dreifuß Goldstein, a German Jewish refugee from Kenzingen who immigrated to the USA in 1939, can raise pupils` awareness of the needs of refugees in Freiburg in Breisgau, Baden-Württemberg, today.

In May 2008, there were serious xenophobic attacks all over South Africa. Starting in Johannesburg's township of Alexandra, the violence spread rapidly to other parts of the country. By the end of the month, thousands had lost their homes and businesses through arson and theft. Many of them had become victims of heavy beatings, rape, or murder. The Central Methodist Church, situated in downtown Johannesburg, was overcrowded with people. It gave shelter to over 2000 refugees, mostly Zimbabweans. To this day (more than five years later), many of them still live there. They sleep on the stairs and benches of the church building. In response, the government organised buses that would transport thousands of immigrants back to their countries of origin; countries they had fled mostly due to civil war or tyrannical governments.

Of course, these shippings were said to be, first and foremost, for the people's protection. The attackers, however, must have seen these deportations as a great success. Only a few days earlier, warning signs had been put up all over the city that urged foreigners to leave the country by Friday, 23 May 2008, or else they would all be killed. Among the countries listed were Zimbabwe, Mozambique, Malawi, Somalia, Nigeria, Pakistan, and even China. The accusations brought against them were that they were taking away jobs, housing, and even women, from South Africans and, thus, were the reason for their misery and poverty.
I did not go to school that day fearing I could get caught up in the middle of an attack. [...]