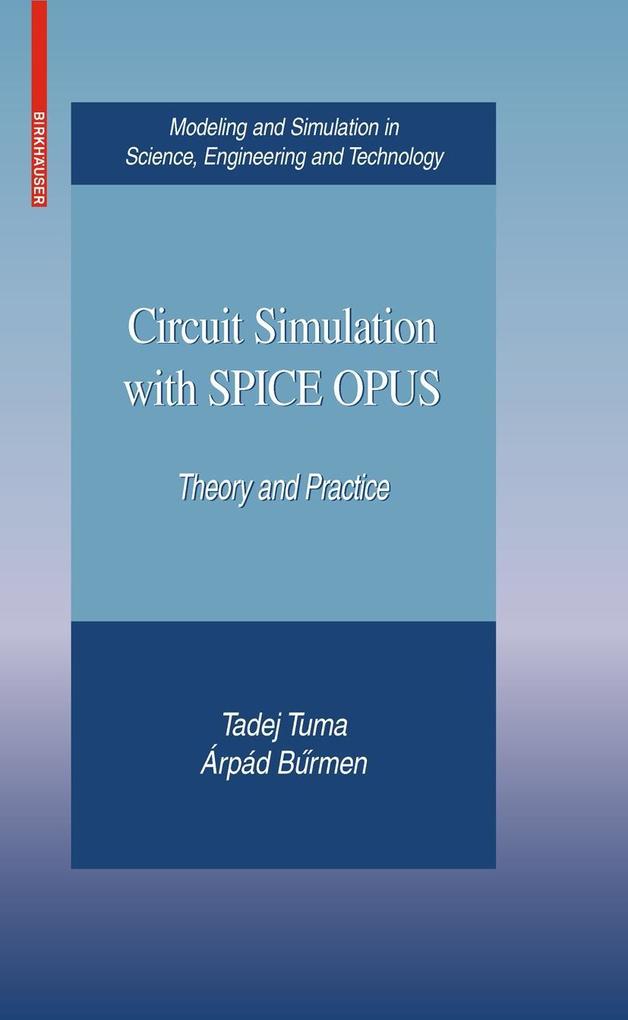 This book is the first complete guide to analog circuit design using the circuit simulator software package SPICE OPUS. Developed by the authors and used by academics and industry professionals worldwide, SPICE OPUS is an improved version of the well-known University of California at Berkeley circuit simulator SPICE3 that has been freely available online since 2000.
Aimed at novices as well as professional circuit designers, the book is a unique combination of a basic guide to general analog circuit simulation and a SPICE OPUS software manual. All simulations as well as the free simulator software may be directly downloaded from the SPICE OPUS homepage: www.spiceopus.si.
The book is divided into three parts:
Theory (Chapters 1 and 6): Includes a discussion of basic mathematical notions of circuit analysis, followed by specific algorithms implemented in SPICE OPUS.
Crash course (Chapters 2 and 7): Begins with a short installation guide and then moves quickly through a typical circuit simulation scenario, based on a simple example. The reader with some fundamentals in electrical engineering may continue with a number of complete simulation sessions presented in Chapter 7.
Reference guide (Chapters 3, 4, and 5): Describes all features of SPICE OPUS in a well-structured, methodical way, starting with input file syntax, followed by circuit analysis methods and the built-in scripting language (NUTMEG).
Circuit Simulation with SPICE OPUS is intended for a wide audience of undergraduate and graduate students, researchers, and practitioners in electrical and systems engineering, circuit design, and simulation development. The book may be used as a textbook for an advanced undergraduate or graduate course on circuit simulation as well as a self-study reference guide for students and researchers alike.

"The book deals with circuit simulation with SPICE in theory and practice. ... The book enjoys an excellent graphics (formulae, various representations of results). The references give only the cornerstone contributions in the area (55 entries). The examples cover a large area of applications: modeling a nonlinear transistor; logic gates; phase-locked loops; etc. Finally, we conclude that the book represents an excellent 'instrument de travail' for all those working in the area of circuits design and simulation." (Dumitru Stanomir, Zentralblatt MATH, Vol. 1219, 2011)

"This book is a combination of a basic guide to general analog circuit simulation and a SPICE OPUS software manual, which may be used as a textbook or self-study reference. ... Circuit simulation with SPICE OPUS is a book intended to a wide audience ranging from undergraduate students to IC designers, researchers and simulator developers. ... This book can be also useful to other commercial SPICE users for additional insight into SPICE internals and may help explain certain issues with other version of SPICE." (Danut Burdia, IASI Polytechnic Magazine, Vol. 22 (1/4), March-December, 2010)