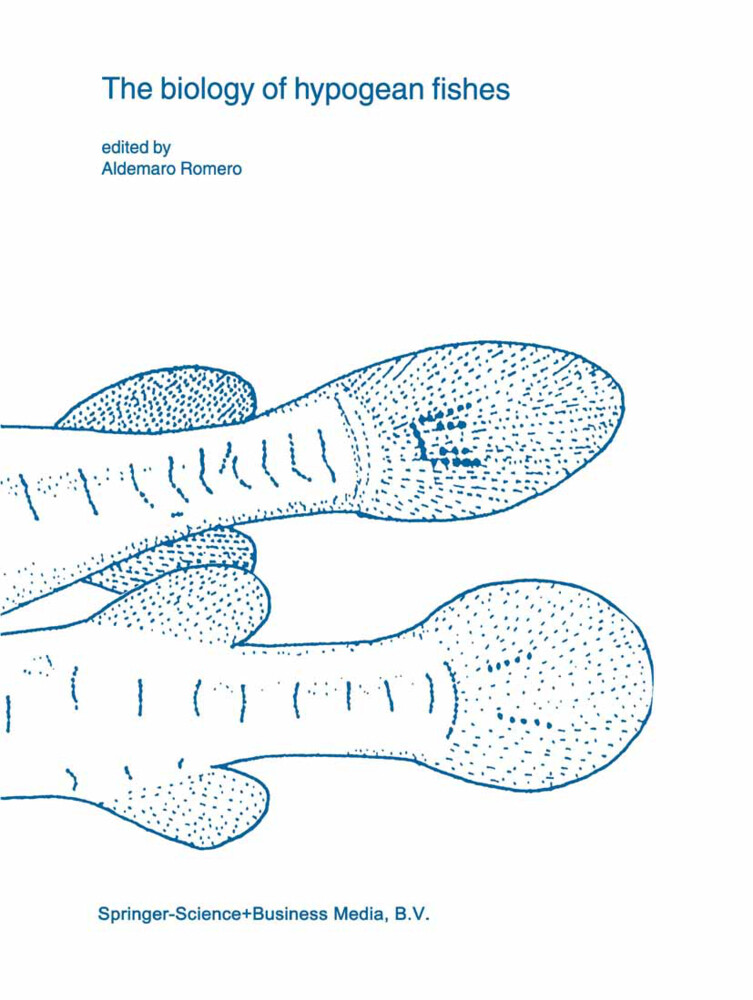 The biology of hypogean fishes

Reprinted from ENVIRONMENTAL BIOLOGY OF FISHES, 62:1-3, 2002. HC runder Rücken kaschiert. Sprache: Englisch.
Buch (gebunden)
Hypogean (cave, artesian) fishes have fascinated researchers even before they were described in the scientific literature in 1842. Since then, a number of scientists have used them to justify their own evolutionary ideas, from neo-Lamarckism to ne … weiterlesen
Geschenk per Mail versenden
Buch (gebunden)

Titel: The biology of hypogean fishes

Hypogean (cave, artesian) fishes have fascinated researchers even before they were described in the scientific literature in 1842. Since then, a number of scientists have used them to justify their own evolutionary ideas, from neo-Lamarckism to neo-Darwinism, from neutral evolution to selectionist approaches. Research in recent years has shown that these fishes are much more complex in their adaptations to the subterranean environment than previously believed: there are those with features expected from living in total darkness (complete blindness and depigmentation) and poor in nutrients (extremely low metabolic rates); others differ very little, if any, from their epigean (surface) ancestors in their morphology and physiology (but not so in their behavior). Some of them even live in nutrient-rich environments. Actually, one of the most overlooked facets of these animals is that there are more species of hypogean fishes without troglomorphisms (blindness, depigmentation) than with troglomorphic ones. The study of these apparently `unadapted' fishes is providing new insights into our understanding of the evolution of phenotypic characters, founding effect, behavioral, and physiological adaptations. The 86 species of troglomorphic fishes described so far belong to 18 different families, many of which would hardly fit the notion that they were 'preadapted' to conquer the underground environment. Further, many troglomorphic `species' show very little genotypic differentiation when compared with their putative ancestors, indicating that massive phenotype changes can be achieved via little genetic reorganization, a reorganization that mostly affects regulatory genes. These and many other topics are discussed in this volume containing 29 papers, written by 41 authors from 9 countries. Hopefully, this volume will convince many other researchers that hypogean fishes represent a unique opportunity to study a concept in evolutionary biology that is only superficially understood: convergent evolution.