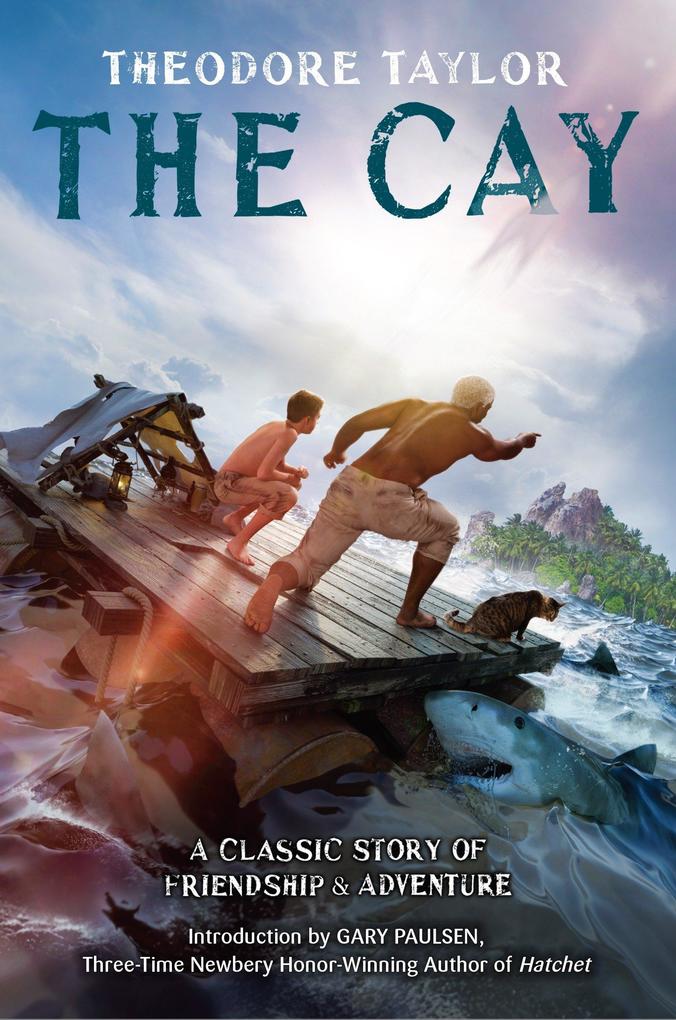 For fans of Hatchet and Island of the Blue Dolphins comes Theodore Taylor's classic bestseller and Lewis Carroll Shelf Award winner, The Cay.
Phillip is excited when the Germans invade the small island of Curaçao. War has always been a game to him, and he's eager to glimpse it firsthand-until the freighter he and his mother are traveling to the United States on is torpedoed.
When Phillip comes to, he is on a small raft in the middle of the sea. Besides Stew Cat, his only companion is an old West Indian, Timothy. Phillip remembers his mother's warning about black people: "They are different, and they live differently."
But by the time the castaways arrive on a small island, Phillip's head injury has made him blind and dependent on Timothy.

"Mr. Taylor has provided an exciting story…The idea that all humanity would benefit from this special form of color blindness permeates the whole book…The result is a story with a high ethical purpose but no sermon."-New York Times Book Review

"A taut tightly compressed story of endurance and revelation…At once barbed and tender, tense and fragile-as Timothy would say, 'outrageous good.'"-Kirkus Reviews

* "Fully realized setting…artful, unobtrusive use of dialect…the representation of a hauntingly deep love, the poignancy of which is rarely achieved in children's literature."-School Library Journal, Starred

"A tense and moving experience in reading."-Publishers Weekly

"This is one of the best survival stories since Robinson Crusoe."-The Washington Star

Theodore Taylor wrote several award-winning books, including The Cay, which won the Lewis Carroll Shelf Award and was made into a movie. He began his writing career at the age of thirteen and continued on from there-books, articles, scripts-often several projects at once. He passed away in 2006 surrounded by his family, his books, and years of wonderful memories.