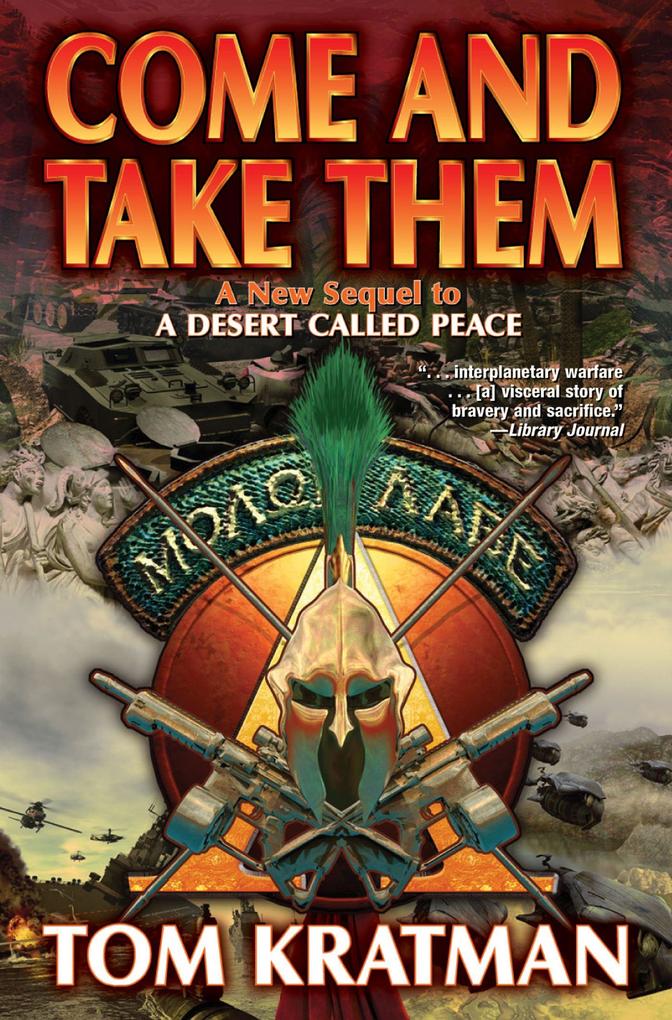 Come and Take Them

von TOM KRATMAN
Sprache: Englisch.
Buch (gebunden)
Number five in the Carrera military science fiction series that started with A Desert Called Peace. Miltary leader Carrera faces down a threat from progressive totalitarians and wins the freedom of his country on a frontier planet.

Number five in the Carrera military science fiction series that started with A Desert Called Peace. Miltary leader Carrera faces down a threat from progressive totalitarians and wins the freedom of his country on a frontier planet.

The Carrera saga continues with entry number five, and the sequel to Amazon Legion. Carrera. Relentless. Machiavellian. Without compunction. Victorious. Pity his enemies. Be thankful he is on the side of freedom from totalitarian domination.

On the colony planet of Terra Nova, soldier turned political leader Carrera has achieved his revenge, destroying those who killed his wife and children in a terrorist strike, and helping to establish a free country. But Carrera's fight is not over.

War with the Tauran Union is inevitable. Carrera has been preparing his new country for this all-out conflict for years, intending to drive out the last vestige of foreign imperialism in Balboa, the Tauran Union Security Force. He doesn't care that he's outnumbered one hundred to one. He doesn't care that the Taurans are one thousand times wealthier. A true Machiavellian, Carrera is convinced that gold cannot always find good soldiers, but that good soldiers can always find gold. After all, his good soldiers have already found quite a bit. Moreover, he's been preparing for the war he intends to start and fight on his own terms, while the TU has been preparing for a progressive fantasy.

But then his own government calls a halt even as the commander of the United Earth Peace Fleet, High Admiral Marguerite Wallenstein, injects a dose of realism and spine into the Tauran Union. Any other government, giving similar orders, Carrera would overthrow without hesitation. But this is his own creation; he must follow these orders.

But the Taurans are provoking Balboa mercilessly, and Carrera knows that sooner or later, he must fight—only now the task will be more difficult and more bloody. No matter. When that time comes, Carerra knows he will do whatever it takes to win. He is, after all, Carrera.

"[I]nterplanetary warfare with. . .[a] visceral story of bravery and sacrifice. . .fans of the military SF of John Ringo and David Webershould enjoy this SF action adventure.”-Library Journal

"Kratman raises disquieting questions on what it might take to win the war on terror...realistic action sequences, strong characterizations and thoughts on the philosophy of war.” - Publishers Weekly

In 1974, at age seventeen, Tom Kratman became a political refugee and defector from the PRM (People's Republic of Massachusetts) by virtue of joining the Regular Army. He stayed a Regular Army infantryman most of his adult life, returning to Massachusetts as an unofficial dissident while attending Boston College after his first hitch. Back in the Army, he managed to do just about everything there was to do at one time or another. After the Gulf War, with the bottom dropping completely out of the anti-communist market, Tom decided to become a lawyer. Every now and again, when the frustrations of legal life and having to deal with other lawyers got to be too much, Tom would rejoin the Army (or a somewhat similar group, say) for fun and frolic in other climes. His family, muttering darkly, put up with this for years. He no longer practices law, instead writing full-time for Baen. His novels for Baen include A State of Disobedience, Caliphate, and the series consisting of A Desert Called Peace, Carnifex, The Lotus Eaters, The Amazon Legion, Come and Take Them, The Rods and the Axe, and A Pillar of Fire by Night. He has written novels with John Ringo: Watch on the Rhine, Yellow Eyes, and The Tuloriad. Also for Baen, he has written the first three volumes of the modern-day military fiction series Countdown.