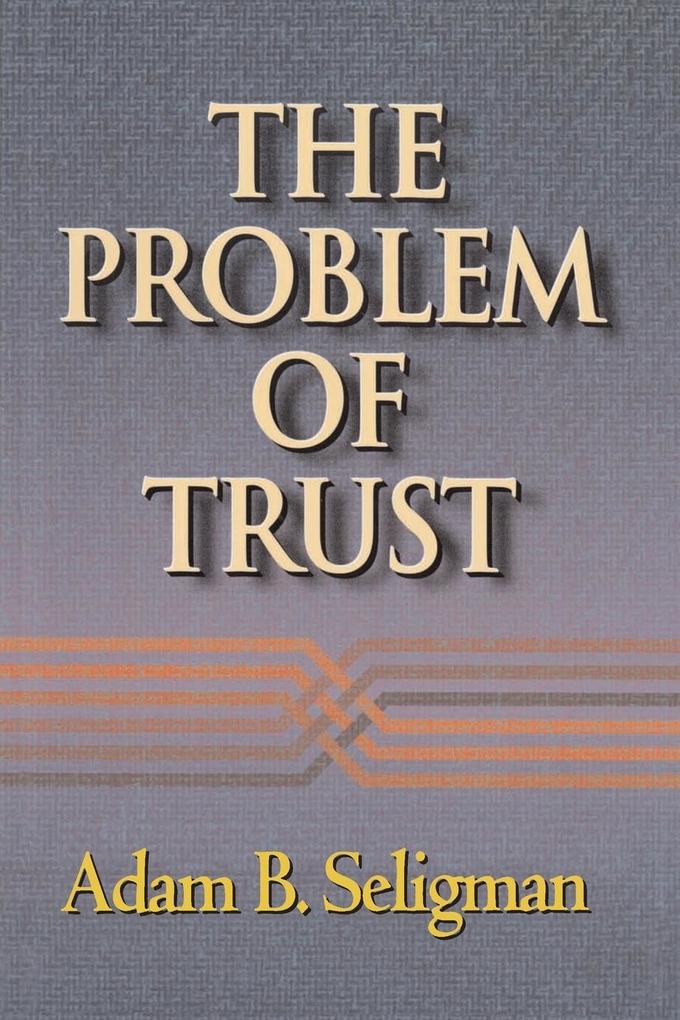 The Problem of Trust

12% Rabatt³ sichern mit Gutscheincode: MAI12
​
The problem of trust in social relationships was central to the emergence of the modern form of civil society and much discussed by social and political philosophers of the early modern period. Over the past few years, in response to the profound cha … weiterlesen
Geschenk per Mail versenden
Buch (kartoniert)

Titel: The Problem of Trust
Autor/en: Adam B. Seligman

The problem of trust in social relationships was central to the emergence of the modern form of civil society and much discussed by social and political philosophers of the early modern period. Over the past few years, in response to the profound changes associated with postmodernity, trust has returned to the attention of political scientists, sociologists, economists, and public policy analysts. In this sequel to his widely admired book, The Idea of Civil Society, Adam Seligman analyzes trust as a fundamental issue of our present social relationships. Setting his discussion in historical and intellectual context, Seligman asks whether trust--which many contemporary critics, from Robert Putnam through Francis Fukuyama, identify as essential in creating a cohesive society--can continue to serve this vital role.
Seligman traverses a wide range of examples, from the minutiae of everyday manners to central problems of political and economic life, showing throughout how civility and trust are being displaced in contemporary life by new "external' system constraints inimical to the development of trust. Disturbingly, Seligman shows that trust is losing its unifying power precisely because the individual, long assumed to be the ultimate repository of rights and values, is being reduced to a sum of group identities and an abstract matrix of rules. The irony for Seligman is that, in becoming postmodern, we seem to be moving backward to a premodern condition in which group sanctions rather than trust are the basis of group life.

Acknowledgments Pt. 1The Problem of Trust 1Trust, Role Segmentation, and Modernity 2Agency, Civility, and the Paradox of Solidarity 3Trust and Generalized Exchange Pt. 2The Representation of Trust and the Private Sphere 4Public and Private in Political Thought: Rousseau, Smith, and Some Contemporaries 5The Individual, the Rise of Conscience, and the Private Sphere: A Historical Interpretation of Agency and Strong Evaluations 6Spheres of Value and the Dilemma of Modernity Conclusion Notes Bibliography Index

"Adam Seligman's impressively thoughtful book suggests that the logic of waning trust in the late modern period may be to return the human subject to a premodern condition."--John Gray, The Times Literary Supplement (London) "The Problem of Trust is a demanding, closely reasoned, scholarly work... It is well worth the time of patient, attentive readers."--Carl L. Bankston III, Commonweal "The historical and religious perspective that Mr. Seligman brings to the contemporary debate about trust and civil society would greatly deepen our understanding of the way these issues are playing out in American society today."--Francis Fukuyama, The Washington Times