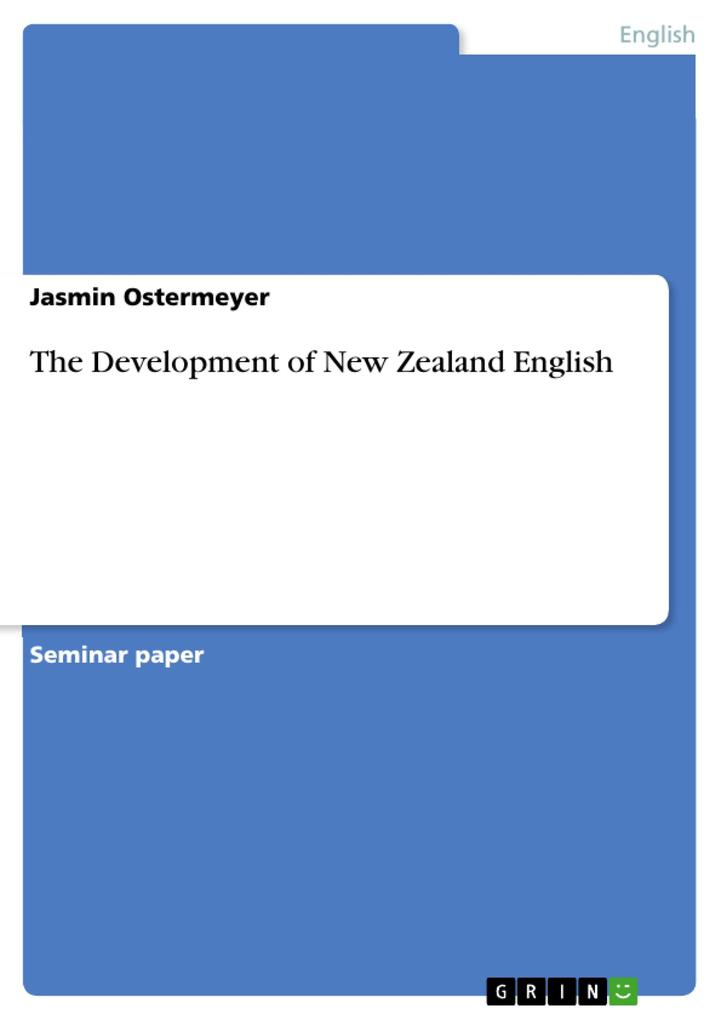 The Development of New Zealand English

Seminar paper from the year 2006 in the subject English Language and Literature Studies - Linguistics, grade: 1,7, University of Hannover, course: Varieties of English: Australian English, 13 entries in the bibliography, language: English, abstract: When Captain James Cook's ship, the Endeavour, arrived in New Zealand in 1769, the sailors found nothing but dangerous wilderness and some Maori people living there - and they soon left again. It took another 71 years until New Zealand became a British colony. Only few Europeans settled there before then; mainly sailors, tradesmen and whaling station workers. Nonetheless, New Zealand developed into a nation with a distinct identity and language, a variety of English. The academic analysis of New Zealand English (henceforth NZE) is a rather new field of study but many non-academic attempts have been made to explain its origins: "Much discussion has focused on the origins of [Australian English] and [NZE] pronunciation, and at times the speculations have been wild. Some have maintained that these accents are caused by climate, by a national nose inflammation as a result of pollen or hay, and even by fear of opening the mouth on account of dust and flies; other accounts look to carelessness, laziness, some kind of gross national inferiority complex, a free-wheeling and adventurous spirit, or on outlaw heritage. Even ill-fitting dentures have been suggested as a likely cause." This essay will investigate the origins of NZE and its development as a distinct variety of English. As an introduction there will be a short outline of recent research on NZE and the different theories concerning its sources. Afterwards the role of the early European settlement will be discussed because the "origins and development of New Zealand English are, quite obviously, intimately intertwined with the history of immigration to new Zealand." 3 The influence of several varieties of English shall be described, starting with the European Englishes (English English, Scottish English, and Irish English 4 ) and their significance for phonetic and lexical characteristics of NZE. The role of New Zealand's geographical neighbour, Australia, shall be part of the analysis as well. In addition to that the contributions of a non-English source, namely the indigenous Maori language, will be discussed. The analysis only looks at these main sources. The last part of this essay shall deal with significance of language for national identity and the recent development of NZE. Changes in the vowel pronunciation of NZE speakers will be examined. Finally, some non-New Zealand attitudes towards the NZE pronunciation shall be briefly considered.