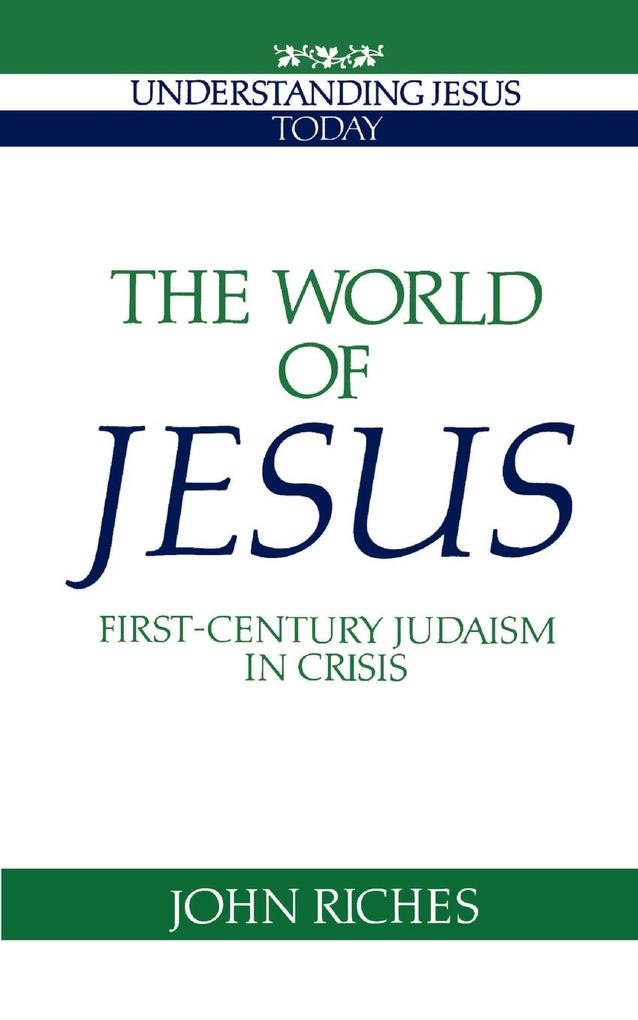 The World of Jesus

This book examines the social, economic, political, and cultural context of first-century Judaism. During the first century AD Judaism experienced a crisis of cultural erosion due to foreign influences. Professor Riches describes the ways in which foreign domination threatened the Jewish community and discusses the ways in which various groups of Jews tried to preserve their cultural identity. Relating Jesus' teaching to that of the Pharisees, the Sadducees, the Zealots, the Essenes, and John the Baptist, Riches argues that Jesus was deeply committed to the values of the Jewish tradition, even while he proposed radical change that he believed would bring renewal.

Introduction; 1. The political, economic, social and cultural context of first-century palestinian Judaism; 2. Unity and diversity in Judaism from the third century B.C.; 3. Membership of the people of God; 4. Setting priorities and maintaining group standards; 5. Hopes for the future; 6. Jesus and his kingdom; Conclusion; Index.

"It was a happy day for the common reader when Cambridge launched its series on 'Understanding Jesus Today.' If the first four titles are a true indication it is time to cheer. These handy 5 1/8" x 7 1/8", neatly, securely, and colorfully bound books are an invitation to 'take up and read.'...All who seek to know more about the Way, the Truth, and the Light in Jesus will applaud this series of handy and handsome little books on a big subject." Congregational Journal "Written for the layperson, these short works are packed with useful and illuminating background for understanding the life and times of Jesus. Readers will have their horizons broadened by evidence provided through extrabiblical sources such as Qumran and the Dead Sea Scrolls, the Nag Hammadi Library, the Jewish Apocrypha and Pseudepigrapha, the Jewish historian Josephus, and Roman historians such as Suetonius and Dio Cassius to mention but a few...a valuable resource...stimulating and helpful." James D. Hernando, Advance "...this series has the extraordinary value of bringing to the layperson the critical and contemporary issues of the study of Jesus. Understandable and inviting, the volumes contain excellent study questions, charts, indices and notes." Duncan Ferguson, Presbyterian Survey "This little book offers valuable insights into the cultural, historical and religious backgrounds..." The Christian Librarian