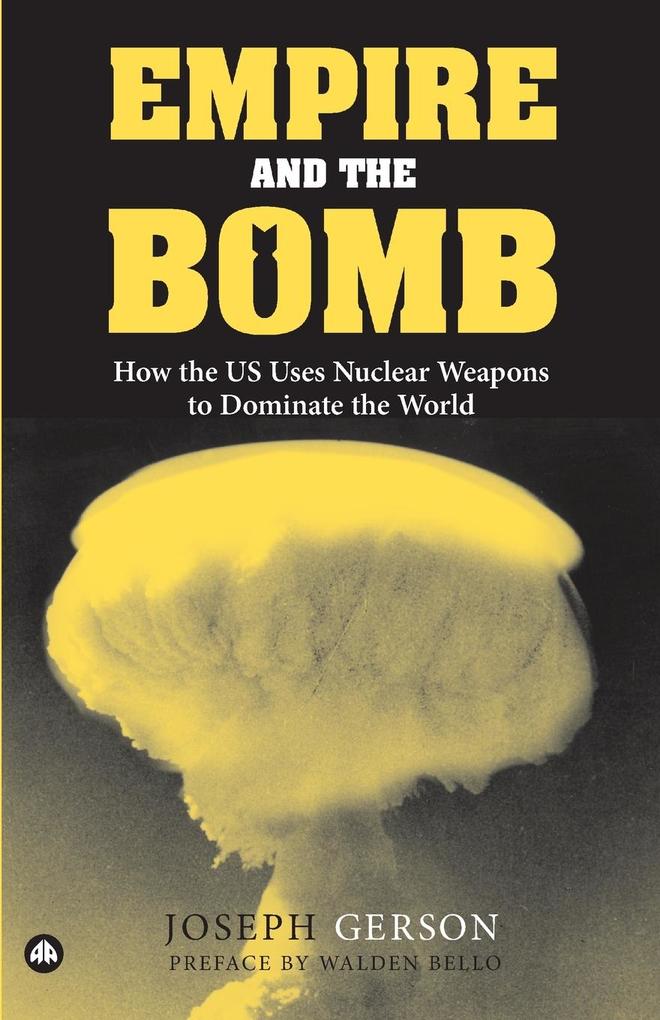 Empire and the Bomb

How the U. S. Uses Nuclear Weapons to Dominate the World.
Sprache: Englisch.

A concise history of how the US has used nuclear weapons to dominate the world.

Dr. Joseph Gerson is Director of American Friends Service Committee's Peace and Economic Security Program in New England. A public intellectual and leading figure in the U.S. peace movement, his work focuses on U.S. hegemony and resistance to it, focusing on the Middle East, Asia, and nuclear weapons. He helped launch the U.S. Nuclear Weapons Freeze and Post-9-11 peace movements and works closely with peace movements in Asia and Europe. He has taught at Holy Cross and Regis Colleges and at Tufts University. His previous books include: The Sun Never Sets: Confronting the Network of U.S. Foreign Military Bases and With Hiroshima Eyes: Atomic War, Nuclear Extortion and Moral Imagination.

[Gerson] makes many sharp observations, showing, for example, how successive Pentagon policy documents have subtly shifted the meaning of nuclear 'deterrence': what is considered deterrable by nukes is no longer simply a first strike nuclear action by someone else, but any action thought sufficiently undesirable. Gerson argues persuasively that nuclear war somewhere in the world has become more, not less, likely since 1989, and highlights the Bush-Cheney government's undermining of the Non-Proliferation Treaty. -- The Guardian US presidents have wielded nuclear weapons, even when they haven't been actually dropping them. With his careful, detailed historical account, he's reminded me that intimidation can be an act of terror, in fact is designed to terrorize. As Americans, we need to face up to our own reliance on nuclear intimidation. This is an important book for Americans of all political stripes to read. -- Cynthia Enloe, author of The Curious Feminist: Searching for Women in a New Age of Empire From Hiroshima to Iraq, the United States has systematically used nuclear weapons to terrorise and dictate the shape of the world order. ... With the rigour and reliability of a scholar, and the heart and political clarity of a lifelong activist, Joseph Gerson has provided ... a key to understanding - and challenging - US global domination and its nuclear core. -- Kate Hudson, Chair, Campaign for Nuclear Disarmament Brilliant. I have not read a more important book in many years. Gerson has uncovered the radioactive vein in our secret foreign policy. Empire and the Bomb describes how United States, to our lasting shame, has repeatedly used its nuclear arsenal to maintain and expand its global power. ... A terrific book. -- Daniel Ellsberg, former senior Pentagon official and co-author of The Pentagon Papers