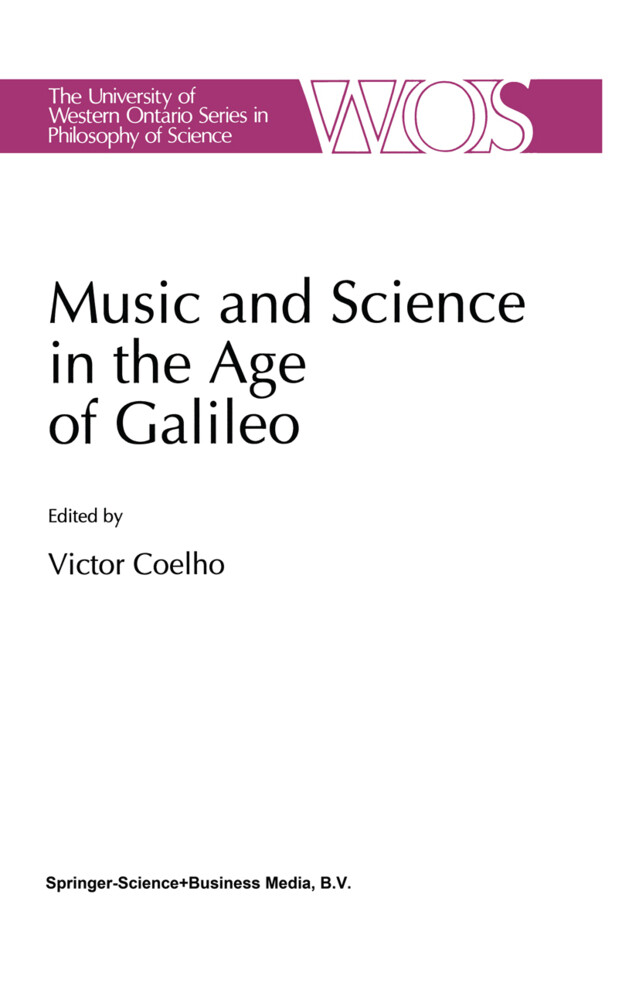 Music and Science in the Age of Galileo

Titel: Music and Science in the Age of Galileo

Music and Science in the Age of Galileo features twelve new essays by leading specialists in the fields of musicology, history of science, astronomy, philosophy, and instrument building that explore the relations between music and the scientific culture of Galileo's time. The essays take a broad historical approach towards understanding such topics as the role of music in Galileo's experiments and in the scientific revolution, the musical formation of scientists, Galileo's impact on the art and music of his time, the scientific knowledge of instrument builders, and the scientific experiments and cultural context of Galileo's father, Vincenzo Galilei. This volume opens up new areas in both musicology and the history of science, and twists together various strands of parallel work by musicians and scientists on Galileo and his time. This book will be of interest to musicologists, historians of science and those interested in interdisciplinary perspectives of the late Renaissance -- early Baroque. For its variety of approaches, it will be a valuable collection of readings for graduate students, and those seeking a more integrated approach to historical problems. The book will be of interest to historians of science, philosophers, musicologists, astronomers, and mathematicians.

I Historical, Contemporary, and Celestial Models for the Musical and Scientific Revolution in the Age of Galileo.
Music and Philosophy in Early Modern Science.
Beats and the Origins of Early Modern Science.
Music and the Crisis of Seventeenth-Century Europe.
Kepler, Galilei, and the Harmony of the World.
II Symbolical and Philosophical Perspectives on Galileo and Music.
The Artistic Patronage of the Barberini and the Galileo Affair.
Musical Myth and Galilean Science in Giovanni Serodine's Allegoria della scienza.
Tickles, Titillations, and the Wonderful Accidents of Sounds: Galileo and the Consonances.
Galileo and the Demise of Pythagoreanism.
III The Musical Background of Seventeenth-Century Science: Theory, Practice, and Craftsmanship.
Was Galileo's Father an Experimental Scientist?.
Vincenzo Galilei in Rome: His First Book of Lute Music (1563) and its Cultural Context.
Six Seventeenth-Century Dutch Scientists and their Knowledge of Music.
In Tune with the Universe: The Physics and Metaphysics of Galileo's Lute.
Contributors.

Schreiben Sie eine Bewertung für: Music and Science in the Age of Galileo