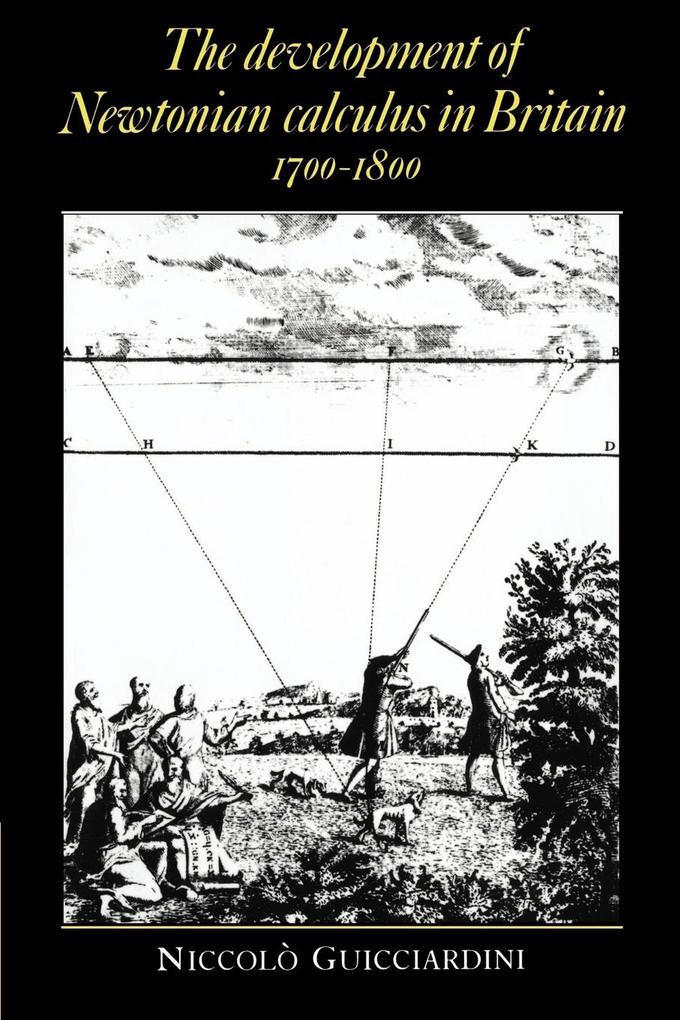 The Development of Newtonian Calculus in Britain, 1700 1800

von Niccolo Guicciardini
Paperback. Sprache: Englisch.
Buch (kartoniert)
Guicciardini presents a comprehensive survey of both the research and teaching of Newtonian calculus, the calculus of "fluxions," over the period between 1700 and 1810. Although Newton was one of the inventors of calculus, the developments in Britain … weiterlesen
Geschenk per Mail versenden
Buch (kartoniert)

Guicciardini presents a comprehensive survey of both the research and teaching of Newtonian calculus, the calculus of "fluxions," over the period between 1700 and 1810. Although Newton was one of the inventors of calculus, the developments in Britain remained separate from the rest of Europe for over a century. While it is usually maintained that after Newton there was a period of decline in British mathematics, the author's research demonstrates that the methods used by researchers of the period yielded considerable success in laying the foundations and investigating the applications of the calculus. Even when "decline" set in, in mid century, the foundations of the reform were being laid, which were to change the direction and nature of the mathematics community. The book considers the importance of Isaac Newton, Roger Cotes, Brook Taylor, James Stirling, Abraham de Moivre, Colin Maclaurin, Thomas Bayes, John Landen and Edward Waring. This will be a useful book for students and researchers in the history of science, philosophers of science and undergraduates studying the history of mathematics.

Niccol- Guicciardini holds degrees in physics and philosophy awarded by the Universit... degli Studi di Milano. This book is the published version of his Ph.D. thesis in the history of mathematics, written under the supervision of Ivor Grattan-Guinness at Middlesex Polytechnic. Niccol- Guicciardini is Co-Editor in Chief of Historia Mathematica and is a recipient of the Sarton Medal for 2011-2012, awarded by the University of Ghent, Belgium.

"...provides a much needed reminder that mathematical ideas are transmitted through teaching and cultural influences as well as through research." Nature "...a very valuable picture of a generally neglected mathematical community and it provides a better background for understanding the reform of the approach to the calculus in Britain in the 1810s." Mathematical Reviews "...a clear and well-organized treatment of the development of eighteenth-century English mathematics." Joan Richards, Isis "On the whole the author's case is well argued and the level of scholarship is high...will be of value to anyone interested in the history and philosophy of mathematics in the eighteenth century." Douglas Jesseph, Philosophy of Science