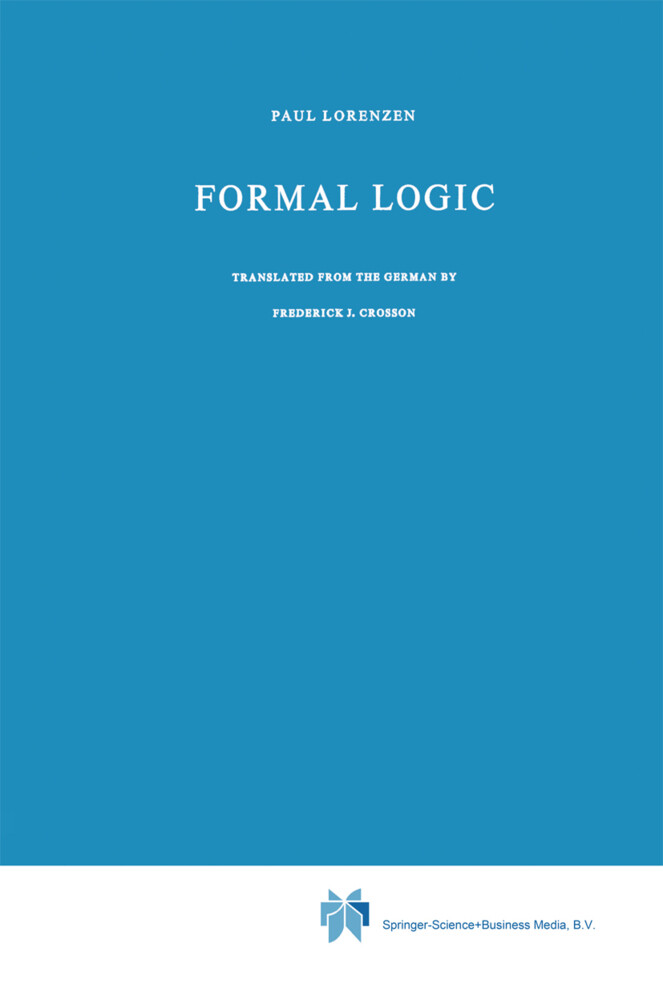 "Logic", one of the central words in Western intellectual history, compre­ hends in its meaning such diverse things as the Aristotelian syllogistic, the scholastic art of disputation, the transcendental logic of the Kantian critique, the dialectical logic of Hegel, and the mathematical logic of the Principia Mathematica of Whitehead and Russell. The term "Formal Logic", following Kant is generally used to distinguish formal logical reasonings, precisely as formal, from the remaining universal truths based on reason. (Cf. SCHOLZ, 1931). A text-book example of a formal-logical inference which from "Some men are philosophers" and "All philosophers are wise" concludes that "Some men are wise" is called formal, because the validity of this inference depends only on the form ofthe given sentences -in particular it does not depend on the truth or falsity of these sentences. (On the dependence of logic on natural language, English, for example, compare Section 1 and 8). The form of a sentence like "Some men are philosophers", is that which remains preserved when the given predicates, here "men" and "philosophers" are replaced by arbitrary ones. The form itself can thus be represented by replacing the given predicates by variables. Variables are signs devoid of meaning, which may serve merely to indicate the place where meaningful constants (here the predicates) are to be inserted. As variables we shall use - as did Aristotle - letters, say P, Q and R, as variables for predicates.