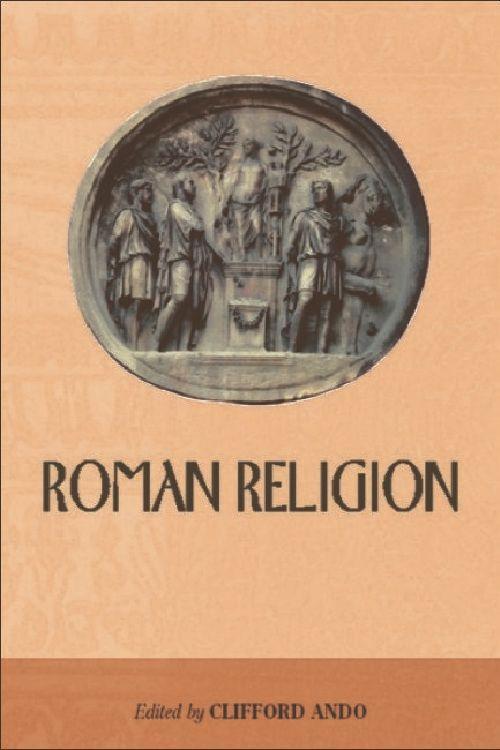 9 b&w illustrations, 3 maps, chronology, glossary, further reading. Sprache: Englisch.
Buch (kartoniert)
This book introduces students to the complex and foreign world of Roman religion and to major trends in its study. Praised in the Enlightenment for its supposed tolerance, the Roman Empire has been vilified for persecuting the early Christians. It pr … weiterlesen
Geschenk per Mail versenden
Buch (kartoniert)

This book introduces students to the complex and foreign world of Roman religion and to major trends in its study. Praised in the Enlightenment for its supposed tolerance, the Roman Empire has been vilified for persecuting the early Christians. It professed a profound conservatism and yet received myths from Greece and Asia and gods from every corner of the Empire.
Clifford Ando presents fourteen papers on central topics in the study of Roman religion and its connections with Roman literature, history and culture. Subjects treated include the nature and development of religious authority and religious institutions; the control of space and time; and religion's role in fashioning Roman identity. Also under discussion is the narration and analysis of Rome's transition from Republic to Empire.
In introducing the volume and its individual parts, Clifford Ando considers issues of method and substance arising from the study of Roman religion and places each chapter in context. His selection of papers illustrates a range from approaches from Europe, Britain and America during a century of scholarship. Four papers are published in English for the first time. The book includes a chronology, biographical dictionary, glossary and guide to further reading; all passages of ancient languages are translated.

Introduction: Religion, law, and knowledge in classical Rome
Part 1 Historiography and Method
1. On comparison, by Jonathan Z. Smith
2. Polis-religion and its alternatives in the Roman provinces, by Greg Woolf
Part 2 Religious institutions and Religious authority
3. From Republic to Principate: priesthood, religion and ideology, by Richard Gordon
4. A feature of Roman religion, by Arthur Darby Nock
Part 3 Ritual and Myth
5. The Ludi saeculares and the Carmen Saeculare, by Denis Feeney
6. Cults, myths, and politics at the beginning of the Empire, by John Scheid; translated by Philip Purchase
Part 4 Theology
7. The theological efforts of the Roman upper classes in the first century B.C.Arn
8. Hierarchy and structure in Roman polytheism: Roman methods of conceiving action
Part 5 Roman and Alien
9. Religious toleration in Republican Rome, by John North
10. A religion for the empireClifford Ando
Part 6 Space and Time
11. Loca Sancta, by Sabine MacCormack
12. A complex of times: no more sheep on Romulus' birthday, by Mary Beard
Part 7: Continuity and change, from republic to empire
13. Roman state religion in the mirror of Augustan and late Republican apologetics, by Carl Koch; translated by Christopher Barnes
14. The historical development of Roman religion, by Georg Wissowa; translated by Christopher Barnes
Chronology
Biographical dictionary
Glossary