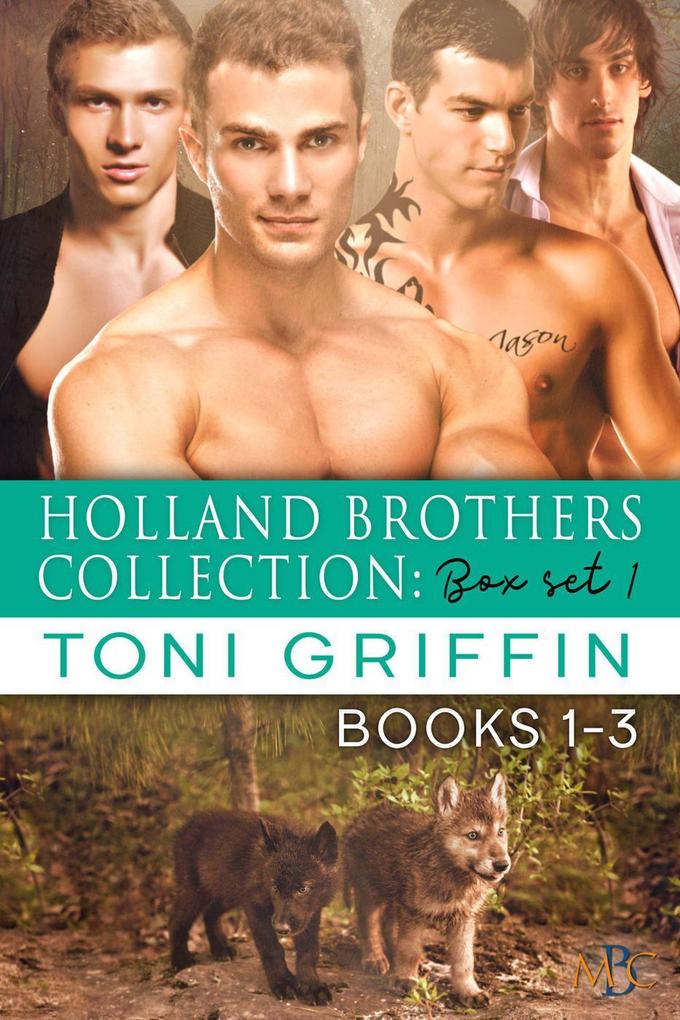 Tucked away in Leyburn, Australia, a pack of werewolves live peacefully among the humans who are unaware of their existence.

Tucked away in Leyburn, Australia, a pack of werewolves live peacefully among the humans who are unaware of their existence. Four brothers go about their days, working, spending time with family and pack, looking forward to the day when they meet their mates. But since the Holland Brothers are hidden away in their sleepy town, their mates might just have to find them.

Brian Townsend was having one hell of a week. Rejected by his parents, kicked out of his pack and now his car breaks down on his way south. What else could go wrong? He soon finds out when the police rock up, and the sexy cop turns out to be his mate. What he didn't expect was his mate to walk away from him, without so much as a backward glance.

Marcus Holland was having one hell of a week. Breaking up with his girlfriend, and then copping an earful from his mother about settling down and having kids. All he wanted was to go home and relax. Little did he know one last call-out on his way home would change his life forever.

Can Marcus come to terms with the fact his mate is a man or will he risk losing Brian forever. However, not everyone in the pack is entirely happy with this mating.

Jason Matthew's is a broken man. He's lived through hell and barely come out the other side. All he can thing about is getting to his best friend, Brian, after that he has no idea. Jason's scared out of his mind when he's met by not only Brian but two large men as well, he does the only thing he can think to do. He tries to run. One of the men, though, turns out to be his mate. A mate he is in no condition to have or want, a mate that won't allow him to flee.

Alex Holland is forced to stand by and watch as Jason is taken to the safest place they know, too scared to be around him. He knows something bad has happened to Jason and he's going to need every ounce of his Alpha control to give his mate the time he needs to heal and start living again.

Life isn't meant to be easy, but for Zachary Bennet the last two years have been downright hell. The one shining light in his life, his precious daughter, Hayley. Deciding he needs a clean break, Zack gets a new job in a small town called Leyburn in the hopes they can settle down and live a peaceful life.

Between worry over one brother's increasingly erratic behaviour and constantly walking in on the other two making out with their mates, Simon Holland is ready to pull his hair out. All he'd ever wanted in life was a mate and a family. When his wish is finally answered with Zack's arrival, Simon finds out first-hand how far hate and bigotry can drive some people. But life wasn't meant to be easy and Simon would protect what was his to the end.