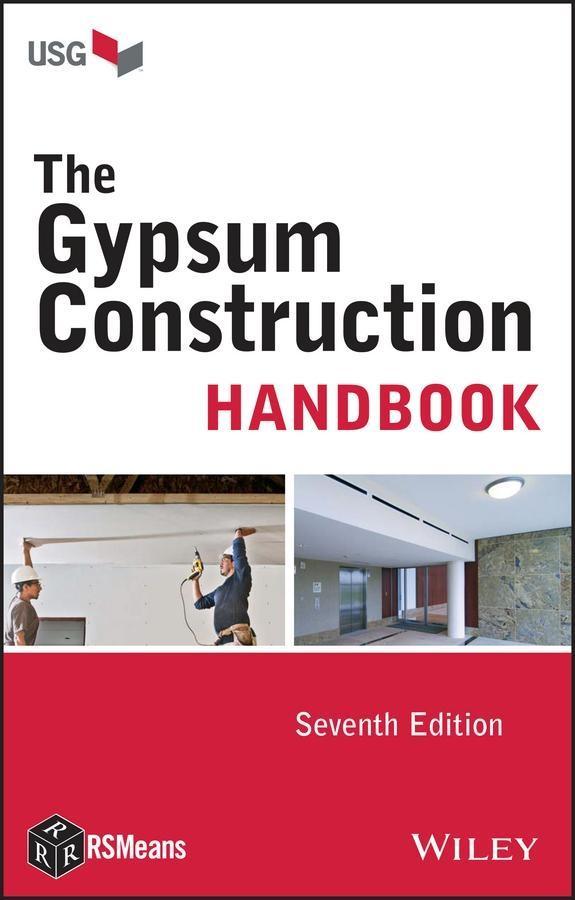 The choice and installation of framing materials and methods depend on a number of factors. In the case of wood framing, these include the species, size and grade of lumber. For steel framing, factors include the cross-sectional shape of the framing member as well as the size, thickness and grade of steel. Equally important are the wall height, stud spacing and maximum span of the surfacing material. Steel stud size is usually derived from limiting heights tables, which are based on the capacity of the steel and the allowable deflection of finish surfaces. The limiting heights tables included in The Gypsum Construction Handbook are from the Steel Stud Manufacturers Association (SSMA) Product Technical Information Manual. Current SSMA information on steel stud properties and limiting heights can be found on their website, ssma.com. USG presents these limiting heights as a reference but is not responsible for resulting wall performance.

Framing members must be selected according to their ability to support the loads to which they will be subjected. These include live loads (contributed by the occupancy and elements such as wind, snow and earthquake) and dead loads (weight of the structure itself). Minimum lateral load for interior partitions is 5 psf; for exterior walls 15 psf–45 psf—or greater depending on building height and geographic location. Design loads are determined based on model building codes with jurisdiction in the local area.

Even though an assembly is structurally capable of withstanding a given load, its use may be restricted if the amount of deflection that would occur when the lateral load
is applied exceeds that which the surfacing materials can sustain without damage. The deflection criteria used in a design are dictated by the surfacing material and desired stiffness of the assembly.

For drywall assemblies it is desirable to limit deflection to L/240 (L = length of the span in inches) and to never exceed L/120 (L/180 in some codes). The preferred limit for veneer assemblies is L/360 and should not exceed L/240. Using L/240 as an example, and where the length of a span (distance between framing members) is 10′, deflection is determined as follows:

Framing members also must withstand any unit force exerted that will break or buckle the stud, based on the individual stud strength/capacity.

This factor is determined by the amount of force applied to the stud that will bend or shear the runner or buckle the web of the stud.

A factor in load-carrying capability and deflection, it also is a limiting factor for the finishing materials. Every finishing or surfacing material is subject to a span limitation—the maximum distance between framing members that a material can span without undue sagging. For that reason, “maximum frame spacing” tables for the various board products are included in this chapter. However, where frame spacing exceeds maximum limits, furring members can be installed to provide necessary sag resistance support for the surfacing material.

Chase walls provide vertical shafts where greater core widths are needed for pipe runs and other service installations. These walls consist of a double row of studs with gypsum panel or metal cross-braces between rows. Plumbing, HVAC and electrical piping, vents and wiring within the framing cavities must be flush with or inside the pla
ne of the framing. Fasteners used to assemble the framing must be driven reasonably flush with the surfaces.

In wood frame construction, the flanges of batt-type insulation must be attached to the sides of frame members, not to their faces. Any obstruction on the face of frame members that will prevent firm contact between the gypsum board and framing can result in loose or damaged board and fastener imperfections.

Wood framing must meet the following minimum requirements for proper performance of all gypsum drywall and plaster base assemblies:

1. Framework should meet the minimum requirements of applicable building codes.
2. Framing members should be straight, true and of uniform dimension. Studs and joists must be in true alignment; bridging, firestops, pipes, etc., must not protrude beyond framing.
3. All framing lumber should be the correct grade for the intended use, and 2″ × 4″ nominal size or larger should bear the grade mark of a recognized inspection agency.
4. All framing lumber should have a moisture content of 19% or less at the time of gypsum board application.

Failure to observe these minimum framing requirements, which are applicable to screw, nail and adhesive attachment, will substantially increase the possibility of fastener failure and surface distortion due to warping or dimensional changes. This is particularly true if the framing lumber used has greater than normal tendencies to warp or shrink after erection.

Framing should be designed to accommodate shrinkage i
n wide dimensional lumber such as is used for floor joists or headers. Gypsum wallboard and veneer plaster surfaces can buckle or crack if firmly anchored across the flat grain of these wide wood members as shrinkage occurs. When building tall, uninterrupted walls, such as are a part of cathedral ceiling designs or in two-story stairwells, regular or modified balloon framing can minimize the problem.

If joists are out of alignment, 2″ × 6″ leveling plates may be attached perpendicular to and across the tops of ceiling joists. Toenailing into joists pulls framing into true horizontal alignment and ensures a smooth, level ceiling surface. Bowed or warped studs in non-load-bearing partitions may be straightened by sawing the hollow sides at the middle of the bow and driving a wedge into the saw kerf until the stud is in line. Reinforcement of the stud is accomplished by securely nailing 1″ × 4″ wood strips or “scabs” on each side of the cut.

To ensure adequate support for gypsum panels and the integrity of walls and ceilings, attention must be paid to the distance between framing members. Spacing requirements will depend on a number of variables, including the location of the paneled surface (ceiling or wall), the thickness of the gypsum panels, the number of panel layers on each side of the completed wall and the orientation of the panels to the framing members. For a fire-rated assembly, the frame spacing may also be limited based on the test design. For thicker gypsum panels or double-layer applications, the distance between framing members can be increased. For wood framing installed in the conventional manner, with lumber meeting requirements outlined above, maximum frame spacing is as shown in the tables on the following pages.

To prevent objectionable sag in new gypsum panel ceilings, the weight of overlaid unsupported insulation should not exceed 1.3 psf for 1/2″-thick panels with frame spacing 24″ o.c.; 2.2 psf for 1/2″ panels with frame spacing 16″ o.c. (or 1/2″ USG Sheetrock® Brand Ultralight gypsum panels, with framing 24″ o.c.) and 5/8″ panels 24″ o.c. Panels 3/8″ thick must not be overlaid with unsupported insulation. A separate vapor retarder should be installed where required in roofed ceilings, and the plenum or attic space vented with a minimum 1 SF of free vent area per 150 SF of horizontal space, or per local code.

Where panels are to be installed in a fire-resistant ceiling assembly, special attention must be paid to the framing spacing, as it may require a closer framing spacing.

See “Ceiling Sag Precautions” in Chapter 10 for more information on the application of water-based textures and interior finishing materials.

On ceiling assemblies of both drywall and veneer plaster, install resilient channels perpendicular to framing and spaced 24″ o.c. for joists 16″ o.c. Channels should be spaced 16″ o.c. for joists 24″ o.c. For sidewalls, install channels at 24″ o.c. maximum. See single-layer sections in tables on the preceding pages for limitations for specific board thicknesses. Fasten channels to framing with screws only.

Note: As an alternate to resilient channels for ceiling construction, drywall suspension, described below, may be used in conjunction with wood framing to achieve fire and acoustic separation design requirements. Specific assembly designs, searchable by minimum fire separation, STC and IIC are available at usgdesignstudio.com. Assemblies are available in...