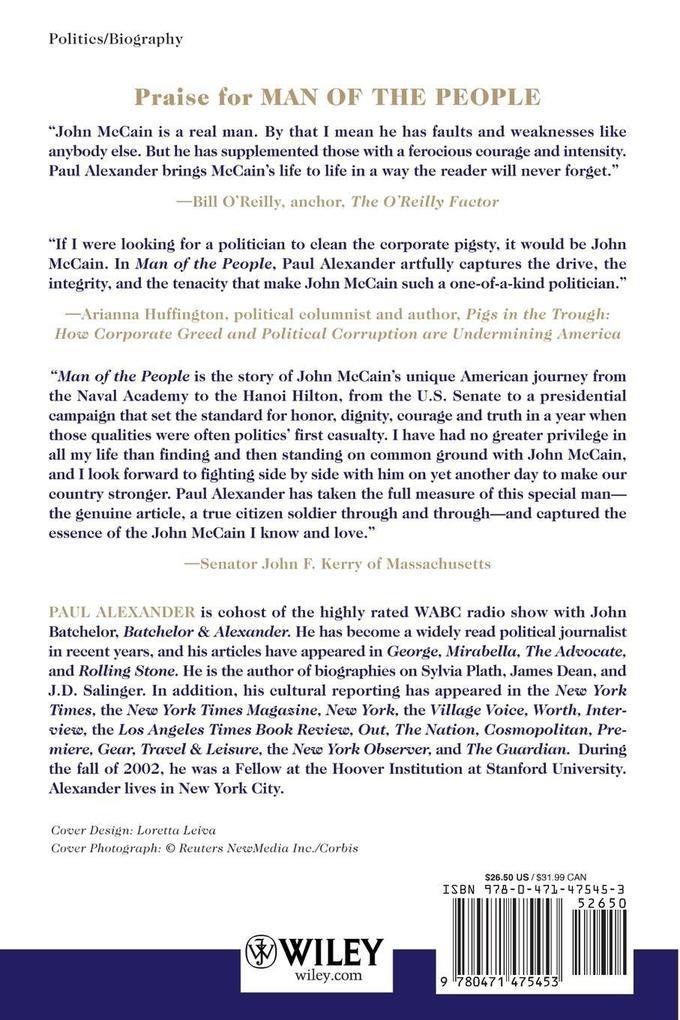 Man of the People P

A captivating look at one of America′s most prominent and fascinating public figures
Bestselling author, war hero, presidential candidate, champion of the most politically sticky issue to rock Washington since Watergate-campaign finance reform- there may be no better known senator than John McCain.

PAUL ALEXANDER is cohost of the highly rated WABC radio show with John Batchelor, Batchelor & Alexander. He has become a widely read political journalist in recent years, and his articles have appeared in George, Mirabella, The Advocate, and Rolling Stone. He is the author of biographies on Sylvia Plath, James Dean, and J.D. Salinger. In addition, his cultural reporting has appeared in the New York Times, the New York Times Magazine, New York, the Village Voice, Worth, Interview, the Los Angeles Times Book Review, Out, The Nation, Cosmopolitan, Premiere, Gear, Travel & Leisure, the New York Observer, and The Guardian. During the fall of 2002, he was a Fellow at the Hoover Institution at Stanford University.