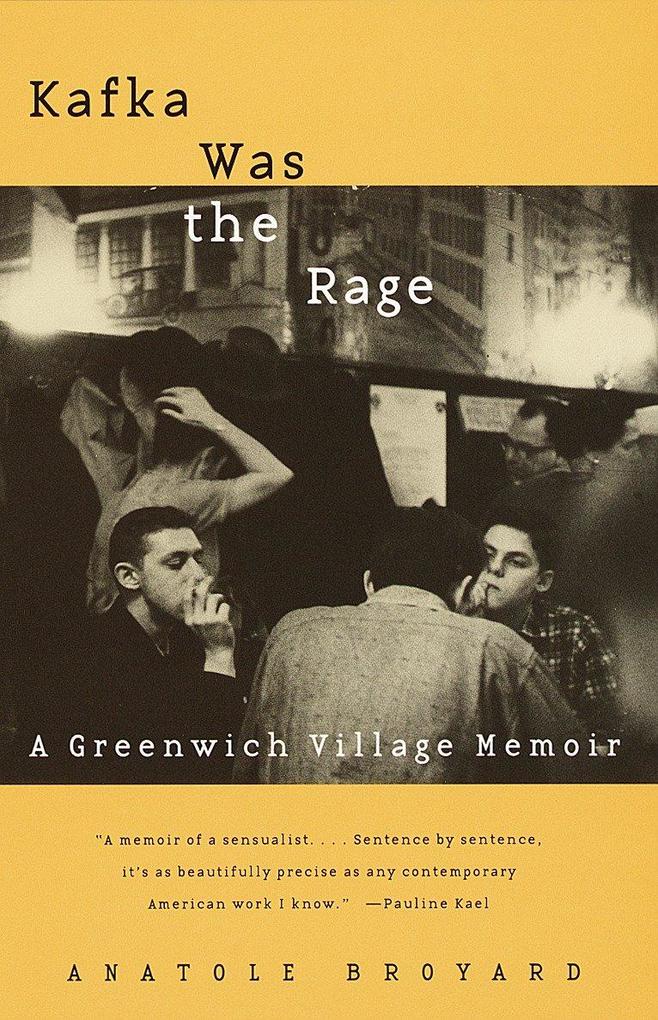 Kafka Was the Rage

von Anatole Broyard
A Greenwich Village Memoir. Sprache: Englisch.
Taschenbuch
What Hemingway's A Moveable Feast did for Paris in the 1920s, this charming yet undeceivable memoir does for Greenwich Village in the late 1940s. In 1946, Anatole Broyard was a dapper, earnest, fledgling avant-gardist, intoxicated by books, sex, and … weiterlesen
Dieser Artikel ist auch verfügbar als:
Geschenk per Mail versenden
Taschenbuch

What Hemingway's A Moveable Feast did for Paris in the 1920s, this charming yet undeceivable memoir does for Greenwich Village in the late 1940s. In 1946, Anatole Broyard was a dapper, earnest, fledgling avant-gardist, intoxicated by books, sex, and the neighborhood that offered both in such abundance. Stylish written, mercurially witty, imbued with insights that are both affectionate and astringent, this memoir offers an indelible portrait of a lost bohemia.

We see Broyard setting up his used bookstore on Cornelia Street-indulging in a dream that was for him as romantic as "living off the land or sailing around the world" while exercizing his libido with a protegee of Anais Nin and taking courses at the New School, where he deliberates on "the new trends in art, sex, and psychosis." Along the way he encounters Delmore Schwartz, Caitlin and Dylan Thomas, William Gaddis, and other writers at the start of their careers. Written with insight and mercurial wit, Kafka Was the Rage elegantly captures a moment and place and pays homage to a lost bohemia as it was experienced by a young writer eager to find not only his voice but also his place in a very special part of the world.

Anatole Broyard was a book critic, columnist, and editor for The New York Times for eighteen years. He is the author of the critically acclaimed Intoxicated by My Illness and Kafka Was The Rage: A Greenwich Village Memoir. He died in 1990 in Cambridge, Massachusetts.

"A memoir of a sensualist... Sentence by sentence, it's as beautifully precise as any contemporary American work I know."- Pauline Kael

"If you've ever been young, ever lived in or wanted to live in Greenwich Village, ever loved books or sex or both, you'll savor this memoir."- Detroit Free Press

"Full of Broyard's wit, compassion and rich insight... His mind, his aesthetic, his view of the world, shimmer brightly in this memoir."- Chicago Tribune