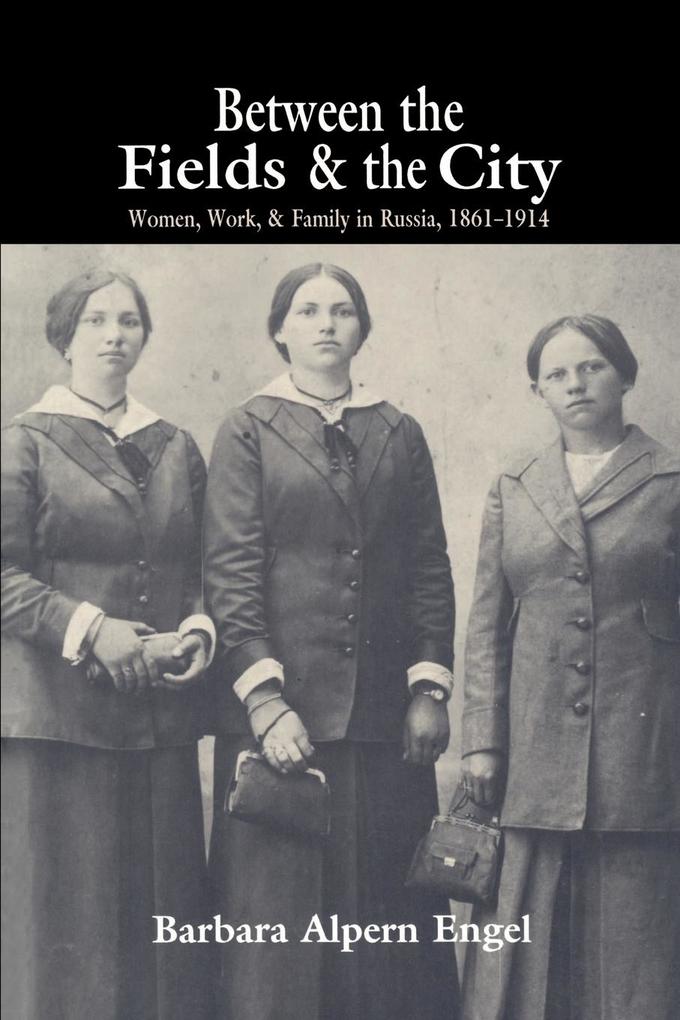 Between the Fields and the City

von Barbara Alpern Engel, Engel Barbara Alpern
Women, Work, and Family in Russia, 1861 1914. Paperback. Sprache: Englisch.
Taschenbuch
Charts the personal dimensions of economic social change by examining the migration of Russian peasant women's from the village to the city in the years between 1861 and the outbreak of World War I.

Charts the personal dimensions of economic social change by examining the migration of Russian peasant women's from the village to the city in the years between 1861 and the outbreak of World War I.

List of illustrations; List of tables; Acknowledgements; Introduction; 1. Patriarchy and its discontents; 2. The woman's side; 3. Out to work; 4. Between the fields and the factory; 5. On their own in the city; 6. Women in the margins/marginalising women; 7. Making a home in the city; Conclusion; A note on sources; Index.

"The chief contribution of Barbara Engel's important and groundbreaking study of peasant women in Russia's central industrial region lies in the sheer mass of detail the author provides for a theme rarely studied and little understood. Drawing on an impressive array of published and unpublished sources...Engel's sensitive treatment of the varying ways in which gender, class, and community together affected women's lives saves peasant women from being relegated to a special category with little relevance to the society in which they lived." Slavic Review "This book is a superbly researched and finely written study of the significance and consequences of Russian peasant women's migration from 1861-1914. It adds a new dimension to the growing literature on peasant migration and the formation of the Russian working class by analyzing how migration affected the village, how gender mediated change, and how the very structure of partriarchal society, whether in village, cottage industry, or urban environment, were affected by changes in women's employment and residency." Journal of Modern History "Alpern Engel's book is a helpful tool for those interested in deciphering the history of Russian women in particular and of peasant women in general. Its value lies in its use of peasant women's own voices to tell the story of their lives. By using this method, Alpern Engel is able to avoid the essentialist trap and to convey the rich diversity of peasant women's experiences of migration and industrialization." Canadian Woman Studies "...her study is rich in both erudition and insight. It treats a complex subject in depth, but efficiently; the exposition is never compressed or hurried. Historians of imperial Russia, of women, and of labor will have to read this book and will be glad they did." American Historical Review "...a valuable contribution to the nascent field of Russian peasant women's studies." Labour "This is an excellent book in the questions Barbara Alpern Engel poses, the research she has accomplished, the presentation of her argument, and her intellectual generosity." The Russian Review "This book adds new dimensions to the social history of late Imperial Russia..." Canadian Slavic Paper "This absorbing, well-written study is highly recommended for academic and public libraries collecting Russian history and women's studies." Donna Cole, Library Journal "With its readable prose and its emphasis on the life experiences of individual, poor women, this book makes an excellent introduction to its subject." J. Zimmerman, Choice "Engel's book is a valuable contribution to our understanding of peasant culture, gender, urbanization, and the circumstances faced by Russia's working class. Her perceptive and sensitive use of disparate sources, including comparative works on women in Europe and fascinating archival evidence for the experiences of individual female peasants, is particularly noteworthy. Engel also sheds light on the perplexing issue of working women's limited political involvement." Laurie Bernstein, Labor History

Schreiben Sie eine Bewertung für: Between the Fields and the City