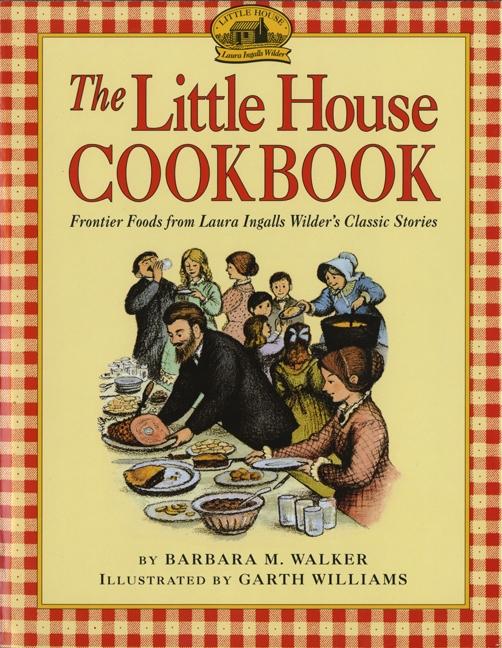 This award-winning cookbook features more than 100 of the recipes that Laura Ingalls Wilder chronicles in her classic Little House books. A great gift for Little House fans and anyone who wants more information about what life on the prairie was really like.
With this cookbook, you can learn how to make classic frontier dishes like corn dodgers, mincemeat pie, cracklings, and pulled molasses candy. The book also includes excerpts from the Little House books, fascinating and thoroughly researched historical context, and details about the cooking methods that pioneers like Ma Ingalls used, as well as illustrations by beloved artist Garth Williams.
This is a chance to dive into the world of Laura Ingalls Wilder, American pioneer, women's club member, and farm homesteader.
This book has been widely praised and is the winner of the Western Heritage Award from the National Cowboy & Western Heritage Museum in Oklahoma City. The Horn Book praised it as "a culinary and literary feast."

Barbara Walker discovered the Little House series when her daughter, Anna, was four and fond of serial stories and kitchen craft. What began as pleasant diversion—re-creating frontier food—became serious study for the author after a family trip west by way of some Little House sites. Eight years of intermittent reading, writing, and testing produced The Little House Cookbook.
Anna is now married and has her own little house. Barbara Walker still writes on a variety of subjects from the home she shares with her husband outside Ossining, New York. She regrets the disappearance of lard piecrust, hard cheese, and sausage from her diet but finds solace in making bread from her original sourdough starter.

"More than a cookbook, this social history is an extension of the Wilder books done with the same spirit of care and love." School Library Journal (starred review)
Kunden, die diesen Artikel gekauft haben, kauften auch

Taschenbuch
On the Way Home: The Diary of a Trip from…
von Laura Ingalls Wi…