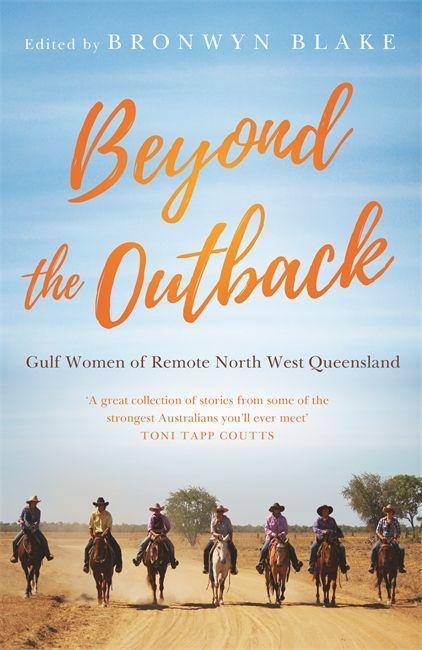 Beyond the Outback: Gulf Women of Remote North West Queensland

20% Rabatt sichern mit Gutscheincode: BLACK20
​
Twenty women share their incredible stories of surviving and thriving in the remote Australian 'Gulf Country', near the Gulf of Carpentaria.

Gulf women are self-sufficient, generous, and can cope with almost anything that life and the environment thro … weiterlesen

Twenty women share their incredible stories of surviving and thriving in the remote Australian 'Gulf Country', near the Gulf of Carpentaria.

Gulf women are self-sufficient, generous, and can cope with almost anything that life and the environment throws at them: floods, drought, sickness, emergencies. Whether they are graziers, fisherwomen, ringers, women in tourism, aviation and education, Indigenous women or descendants from early women settlers, this powerful book gives these women a voice to tell their own stories.

There are stories of new mothers on properties isolated and inaccessible for months in the wet season; women giving birth at home with only neighbours to assist; reminiscences from last century and World War II, and accounts of fishing in the Gulf in sometimes unimaginable conditions.

From the kids wanting a baby croc for a pet to the terror of a snake bite with a flooded airstrip and impassable roads, these women treat the extraordinary events in their lives as just part of their remote way of life.

Set in a world of vast landscapes, distance and merciless climate, Beyond the Outback contains riveting tales of the lives of the women who live, work and raise families in one of Australia's most isolated regions. It will be loved by readers of Sara Henderson, Toni Tapp Coutts and Terry Underwood.

Bronwyn Blake is the author of eight books for children, four of which were CBCA Notable titles, and one winning a Davitt Award; she also writes for adults and has won several short story awards.

Blake is based in rural Gippsland, Victoria, and has lived in Mount Isa, Townsville and Cairns. During her time in Far North Queensand she met women from the Gulf of Carpentaria, which resulted in the creation of Beyond the Outback.