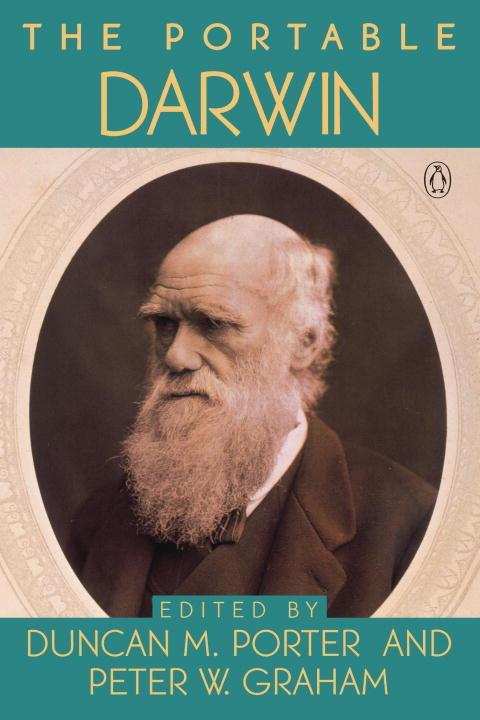 von Charles Darwin, Duncan Porter, Peter Graham
Sprache: Englisch.
Taschenbuch
"Deserves to be as widely read as were the originals when they were first published."-Biological Journal of the Linneas Society. Includes five chapters from The Origin of Speices,complete and unabridged; significant extracts from the works that prec … weiterlesen
Geschenk per Mail versenden
Taschenbuch

"Deserves to be as widely read as were the originals when they were first published."-Biological Journal of the Linneas Society. Includes five chapters from The Origin of Speices,complete and unabridged; significant extracts from the works that precede and develop the theory of evolution: The Voyage of the Beagle, The Descent of Man, and The Variations of Animals and Plants; scientific papers, travel writings, letters, and a family memorial; plus a chronology and biography.

Charles Robert Darwin was born in 1809 in Shrewsbury, England, to a wealthy intellectual family, his grandfather being the famous physician Erasmus Darwin. At Cambridge University he formed a friendship with J. S. Henslow, a professor of botany, and that association, along with his enthusiasm for collecting beetles, led to "a burning zeal," as he wrote in his Autobiography, for the natural sciences. When Henslow obtained for him the post of naturalist on H.M.S. Beagle, the course of his life was fixed. The five-year-long voyage to the Southern Hemisphere between 1831 and 1836 would lay the foundation for his ideas about evolution and natural selection. Upon his return Darwin lived in London before retiring to his residence at Down, a secluded village in Kent. For the next forty years he conducted his research there and wrote the works that would change human understanding forever. Knowing of the resistance from the orthodox scientific and religious communities, Darwin published The Origin of Species in 1859 only when another naturalist, Alfred Russel Wallace, independently reached the same conclusions. His other works include The Descent of Man, and Selection in Relation to Sex (1871) and Recollections of My Mind and Character, also titled Autobiography (1887). Charles Darwin's Diary of the Voyage of the H.M.S. Beagle was published posthumously in 1933. Darwin died in 1882; he is buried in Westminster Abbey.

Peter Graham received his PhD from Duke University. He was given the Clifford Cutchins Professorship from 2000 to 2005 and was a Jane Austen Society of North America Traveling Scholar from 2009 to 2010. His books include Darwin's Sciences with Duncan M. Porter, Don Juan and Regency England, and Jane Austen & Charles Darwin: Naturalists and Novelists.