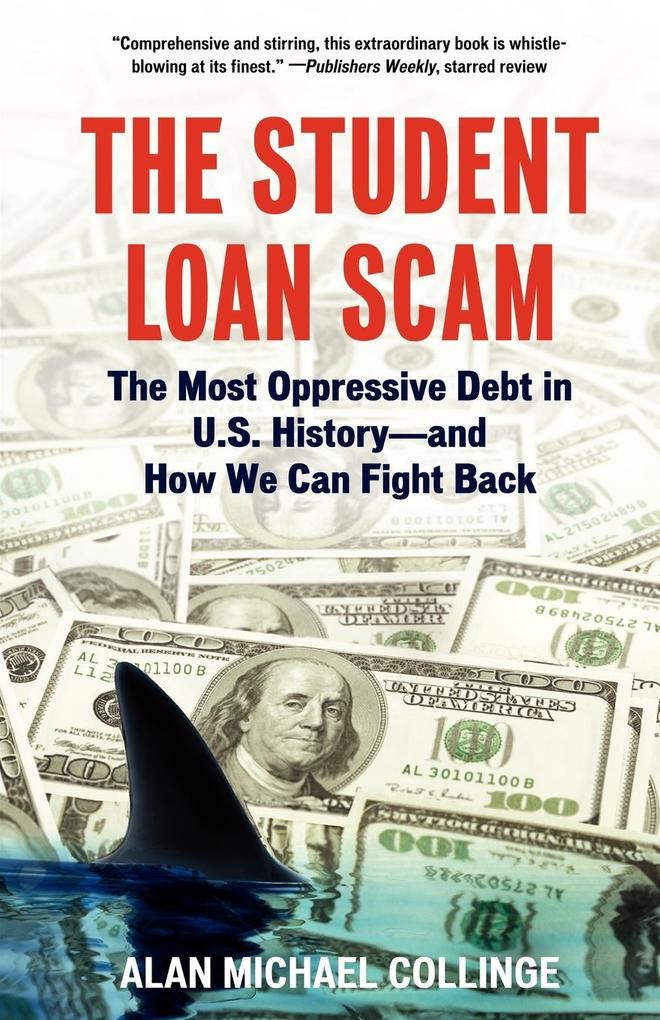 The Student Loan Scam is an exposé of the predatory nature of the $85-billion student loan industry. In this in-depth exploration, Collinge argues that student loans have become the most profitable, uncompetitive, and oppressive type of debt in American history.

This has occurred in large part due to federal legislation passed since the mid-1990s that removed standard consumer protections from student loans-and allowed for massive penalties and draconian wealth-extraction mechanisms to collect this inflated debt. High school graduates can no longer put themselves through college for a few thousand dollars in loan debt. Today, the average undergraduate borrower leaves school with more than $20,000 in student loans, and for graduate students the average is a whopping $42,000. For the past twenty years, college tuition has increased at more than double the rate of inflation, with the cost largely shifting to student debt.

Collinge covers the history of student loans, the rise of Sallie Mae, and how universities have profited at the expense of students. The book includes candid and compelling stories from people across the country about how both nonprofit and for-profit student loan companies, aided by poor legislation, have shattered their lives-and livelihoods. With nearly 5 million defaulted loans, this crisis is growing to epic proportions.

The Student Loan Scam takes an unflinching look at this unprecedented and pressing problem, while exposing the powerful organizations and individuals who caused it to happen. Ultimately, Collinge argues for the return of standard consumer protections for student loans, among other pragmatic solutions, in this clarion call for social action.

Alan Michael Collinge is Founder of StudentLoanJustice.Org, a grassroots organization, and political action committee. He holds B.S., M.S., and Eng. Degrees in aerospace engineering from the University of Southern California.

Since Founding StudentLoanJustice.Org in March, 2005 as a result of his own personal experiences with college loans, Collinge has been featured on 60 Minutes, and also in print media including Fortune Magazine, the San Francisco Chronicle, The Boston Phoenix, The Village Voice, Inside Higher Ed, and others. He has published editorials in the Los Angeles Times, Baltimore Sun, Denver Post, and many other outlets.

Prior to founding StudentLoanJustice.Org, Collinge was Associate Scientist of Aeronautics at the California Institute of Technology, and also was regional project director for a government loan program administered by the U.S. Department of Transportation.