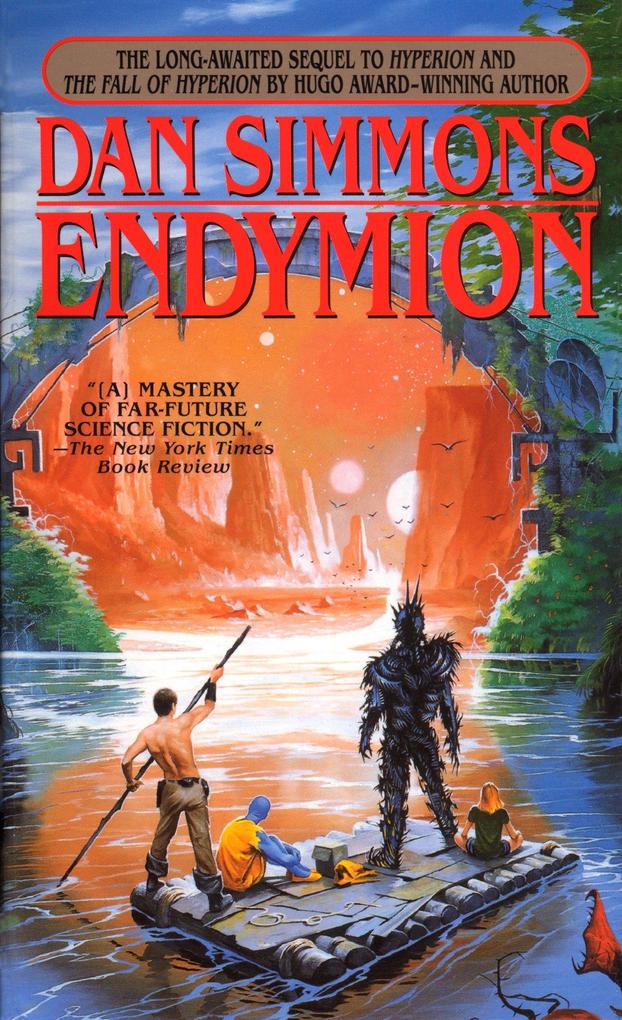 von Dan Simmons
New ed. Sprache: Englisch.
Taschenbuch
The multiple-award-winning science fiction master returns to the universe that is his greatest triumph--the world of Hyperion and The Fall of
Hyperion --with a novel even more magnificent than its predecessors.

The multiple-award-winning science fiction master returns to the universe that is his greatest triumph--the world of Hyperion and The Fall of
Hyperion --with a novel even more magnificent than its predecessors.

Dan Simmons's Hyperion was an immediate sensation on its first publication in 1989. This staggering multifaceted tale of the far future heralded the conquest of the science fiction field by a man who had already won the World Fantasy Award for his first novel (Song of Kali) and had also published one of the most well-received horror novels in the field, Carrion Comfort. Hyperion went on to win the Hugo Award as Best Novel, and it and its companion volume, The Fall of Hyperion, took their rightful places in the science fiction pantheon of new classics.

Now, six years later, Simmons returns to this richly imagined world of technological achievement, excitement, wonder and fear. Endymion is a story about love and memory, triumph and terror--an instant candidate for the field's highest honors.

Dan Simmons, a full-time public school teacher until 1987, is one of the few writers who consistently work across genres, producing novels described as science fiction, horror, fantasy, and mainstream fiction, while winning major awards in all these fields. His first novel, Song of Kali, won the World Fantasy Award; his first science fiction novel, Hyperion, won the Hugo Award. His other novels and short fiction have been honored with numerous awards, including nine Locus Awards, four Bram Stoker Awards, the French Prix Cosmos 2000, the British SF Association Award, and the Theodore Sturgeon Award. In 1995, Wabash College presented Simmons with an honorary doctorate in humane letters for his work in fiction and education. He lives in Colorado along the Front Range of the Rockies.