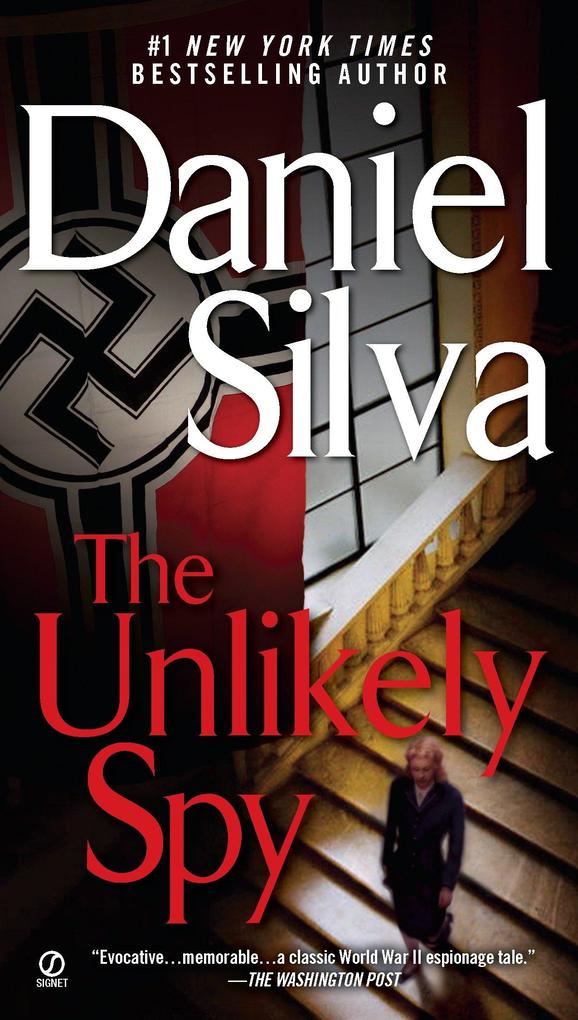 #1 New York Times bestselling author Daniel Silva's celebrated debut novel, The Unlikely Spy, is "A ROLLER-COASTER WORLD WAR II ADVENTURE that conjures up memories of the best of Ken Follett and Frederick Forsyth" (The Orlando Sentinel). "In wartime," Winston Churchill wrote, "truth is so precious that she should always be attended by a bodyguard of lies." For Britain's counterintelligence operations, this meant finding the unlikeliest agent imaginable-a history professor named Alfred Vicary, handpicked by Churchill himself to expose a highly dangerous, but unknown, traitor. The Nazis, however, have also chosen an unlikely agent. Catherine Blake is the beautiful widow of a war hero, a hospital volunteer-and a Nazi spy under direct orders from Hitler: uncover the Allied plans for D-Day...

Daniel Silva is the #1 New York Times bestselling author of The Unlikely Spy, The Mark of the Assassin, The Marching Season, and the Gabriel Allon series, including The Kill Artist, The English Assassin, The Confessor, A Death in Vienna, Prince of Fire, The Messenger, The Secret Servant, Moscow Rules, The Defector, The Rembrandt Affair, Portrait of a Spy, The Fallen Angel, The English Girl, The Heist, The English Spy, The Black Widow, and House of Spies. His books are published in more than thirty countries and are bestsellers around the world.

"Bodies pile up, and Silva keeps the suspense keen as he advantage shifts back and forth between the good guys and the Nazis."-Los Angeles Times

"[Silva] has clearly done his homework, mixing fact and fiction to delicious effect and building tension-with breathtaking double and triple turns of plot-like a seasoned pro."-People