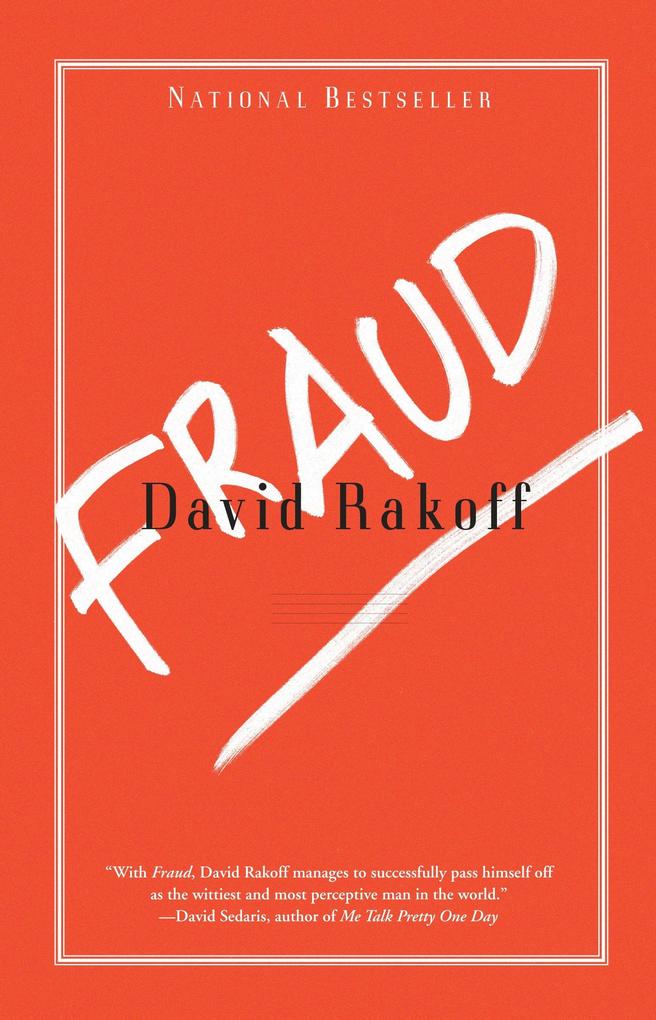 From This American Life alum David Rakoff comes a hilarious collection that single-handedly raises self-deprecation to an art form. Whether impersonating Sigmund Freud in a department store window during the holidays, climbing an icy mountain in cheap loafers, or learning primitive survival skills in the wilds of New Jersey, Rakoff clearly demonstrates how he doesn't belong-nor does he try to.

In his debut collection of essays, Rakoff uses his razor-sharp wit and snarky humor to deliver a barrage of damaging blows that, more often than not, land squarely on his own jaw-hilariously satirizing the writer, not the subject. Joining the wry and the heartfelt, Fraud offers an object lesson in not taking life, or ourselves, too seriously.

David Rakoff is the author of four New York Times bestsellers: the essay collections Fraud, Don't Get Too Comfortable, and Half Empty, and the novel in verse Love, Dishonor, Marry, Die, Cherish, Perish. A two-time recipient of the Lambda Literary Award and winner of the Thurber Prize for American Humor, he was a regular contributor to Public Radio International's This American Life. His writing frequently appeared in The New York Times, Newsweek, Wired, Salon, GQ, Outside, Gourmet, Vogue, and Slate, among other publications. An accomplished stage and screen actor, playwright, and screenwriter, he adapted the screenplay for and starred in Joachim Back's film The New Tenants, which won the 2010 Academy Award for Best Live Action Short. He died in 2012.