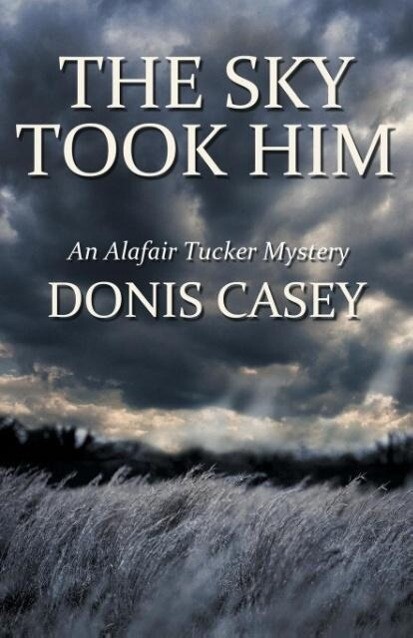 The Sky Took Him

"Casey captures the Oklahoma of 1915-16...with recipes of the era added for spice...an appealing historical series." -Booklist
A sad duty brings Alafair Tucker to Enid, … weiterlesen

Praise for The Sky Took Him...

"Casey captures the Oklahoma of 1915-16...with recipes of the era added for spice...an appealing historical series." -Booklist
A sad duty brings Alafair Tucker to Enid, Oklahoma, in the fall of 1915. Her sister Ruth Ann's husband, Lester, is not long for this world, and the family is gathering to send him to his reward. Alafair's eldest daughter Martha has come along to care for toddler Grace, freeing Alafair to comfort the soon-to-be-bereaved.
But where is Kenneth, her niece's irresponsible husband? When it comes to light that Kenneth has been involved in some shady dealing with Buck Collins, the most ruthless businessman in town, everyone is convinced that Collins has done him in. In fact, no other possibility is considered. But Alafair suspects that things are not so simple, and with help from Martha, Grace, and her sister's cat, she sets about to discover the truth about Kenneth's fate. Over the next few days, Alafair and Martha come face-to-face with blackmail, intimidation, murder, and family secrets that stretch back over twenty years. And in the process, they discover things about each other that will change their relationship forever.
Donis Casey was born and raised in Tulsa, Oklahoma. Before becoming a full-time mystery writer, she enjoyed careers as an English teacher, an academic librarian, and an entrepreneur. She lives with her husband, poet Don Koozer, in Arizona.
www.doniscasey.com
www.typem4murder.blogspot.com

Donis Casey is the author of ten Alafair Tucker Mysteries: The Old Buzzard Had It Coming, Hornswoggled, The Drop Edge of Yonder, The Sky Took Him, Crying Blood, The Wrong Hill to Die On, Hell With the Lid Blown Off, All Men Fear Me, The Return of the Raven Mocker, and Forty Dead Men. This award-winning series, featuring the sleuthing mother of ten children, is set in Oklahoma during the booming 1910s. Donis has twice won the Arizona Book Award for her series, and been a finalist for the Willa Award and a seven-time finalist for the Oklahoma Book Award. Her first novel, The Old Buzzard Had It Coming, was named an Oklahoma Centennial Book in 2008. Donis is a former teacher, academic librarian, and entrepreneur. She lives in Tempe, Arizona.

Taschenbuch
The Return of the Raven Mocker
von Donis Casey

Taschenbuch
The Return of the Raven Mocker
von Donis Casey