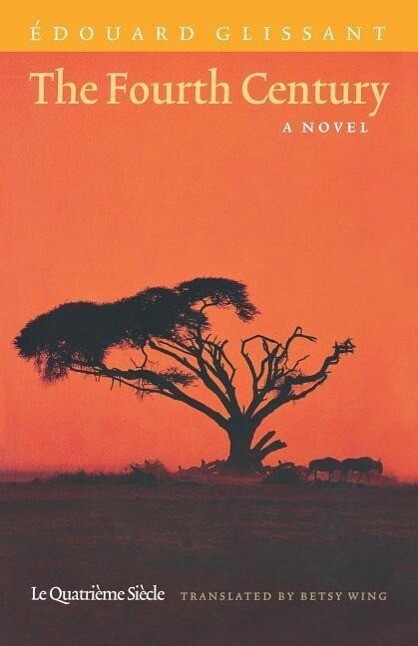 von Edouard Glissant
Sprache: Englisch.
Taschenbuch
The Fourth Century tells of the quest by young Mathieu Beluse to discover the lost history of his country, Martinique. Aware that the officially recorded version he learned in school omits and distorts, he turns to a quimboiseur named Papa Longoue. T … weiterlesen
Geschenk per Mail versenden
Taschenbuch

The Fourth Century tells of the quest by young Mathieu Beluse to discover the lost history of his country, Martinique. Aware that the officially recorded version he learned in school omits and distorts, he turns to a quimboiseur named Papa Longoue. This old man of the forest, a healer, seer, and storyteller, knows the oral tradition and its relation to the powers of the land and the forces of nature. He tells of the love-hate relationship between the Longoue and Beluse families, whose ancestors were brought as slaves to Martinique. Upon arrival, Longoue immediately escaped and went to live in the hills as a maroon. Beluse remained in slavery. The intense relationship that had formed between the two men in Africa continued and came to encompass the relations between their masters, or, in the case of Longoue, his would-be master, and their descendants. The Fourth Century closes the gap between the families as Papa Longoue, last of his line, conveys the history to Mathieu Beluse, who becomes his heir.

Edouard Glissant is one of the foundational figures of Francophone literature. Along with other writers from the French West Indies, he inaugurated a radical interrogation of the French literary canon from the margins of the traditionally Paris-centered literary world. His books include "Black Salt: Poems and Poetics of Relation," which was also translated by Betsy Wing.

"A playwright, critic, essayist and novelist, Edouard Glissant is one of the most significant figures in Caribbean literature. Born in Martinique in 1928, he''s written more than two dozen books. His ideas about language, history, and imperialism have influenced writers such as Patrick Chamoiseau and Raphael Confiant and are eagerly examined in universities where Francophone and post-colonial studies are taught. Many of Glissant''s books have yet to be translated into English, which may be why he is not as well known among American readers as he deserves to be. "The Fourth Century," a 1964 novel newly translated into English, should bring him more attention and appreciation. . . . His story begins in 1788, when LongouE and BEluse, the progenitors of the two clans, arrive in Martinique as captives on a slave ship called the Rose-Marie. . . . At the end of his fascinating ''indefinable chronicle, '' Glissant saves his harshest comments for those characters who''ve made no attempt to hold on to their identities, who''ve willfully forgotten their connection to the vast Atlantic and the infinite continent on the other side. ''They had renounced not simply their past, '' he writes, ''but even so much as the idea that they might have had one."--"Washington Post"