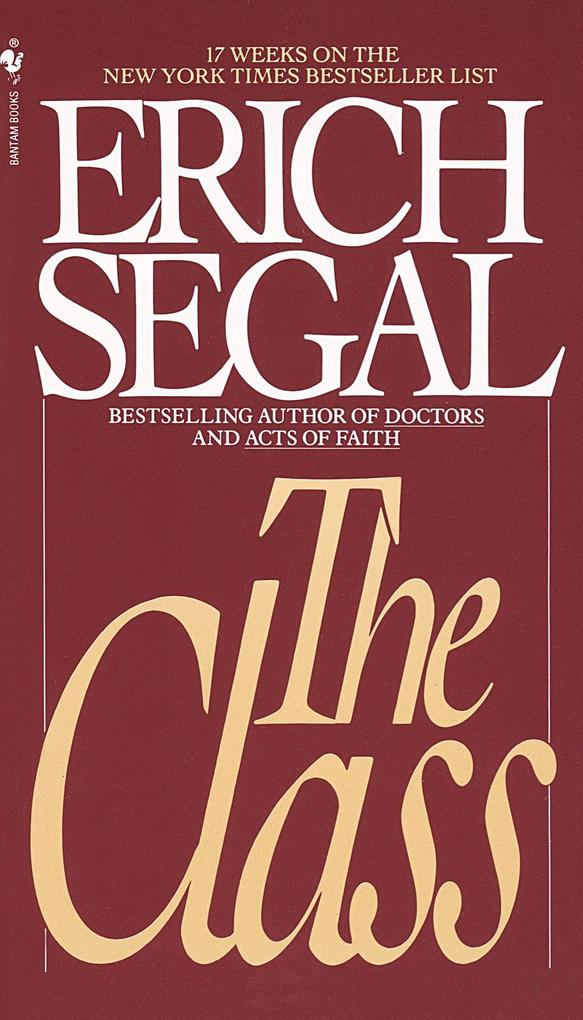 von Erich Segal
Bantam Pbk. Sprache: Englisch.
Taschenbuch
From world-renowned author Erich Segal comes a powerful and moving saga of five extraordinary members of the Harvard class of 1958 and the women with whom their lives are intertwined.

From world-renowned author Erich Segal comes a powerful and moving saga of five extraordinary members of the Harvard class of 1958 and the women with whom their lives are intertwined.

Danny Rossi, the musical prodigy, risks it all for Harvard, even a break with his domineering father. Yet his real problems are too much fame too soon-and too many women.
Ted Lambros spends his four years as a commuter, an outsider. He is obsessed by his desire to climb to the top of the Harvard academic ladder, heedless of what it will cost him in personal terms.
Jason Gilbert, the Golden Boy-handsome, charismatic, a brilliant athlete-learns at Harvard that he cannot ignore his Jewish background. Only in tragedy will he find his true identity.
George Keller, a refugee from Communist Hungary, comes to Harvard with the barest knowledge of English. But with ruthless determination, he masters not only the language but the power structure of his new country.
Andrew Eliot is haunted by three centuries of Harvard ancestors who cast giant shadows on his confidence. It is not until the sad and startling events of the reunion that he learns his value as a man.

Their explosive story begins in a time of innocence and spans a turbulent quarter century, culminating in their dramatic twenty-five year reunion at which they confront their classmates-and the balance sheet of their own lives.

Always at the center; amid the passion, laughter, and glory, stands Harvard-the symbol of who they are and who they will be. They were a generation who made the rules-then broke them-whose glittering successes, heartfelt tragedies, and unbridled ambitions would stun the world.

Praise for The Class

Erich Segal (1937-2010) began his writing career with the phenomenally successful Love Story. He wrote eight other novels, including The Class, which was an international bestseller and won literary prizes in France and Italy. Doctors reached #1 on the New York Times bestseller list. Segal's academic focus included Green and Latin literature-subjects he taught at Harvard, Yale, Princeton, and Oxford.