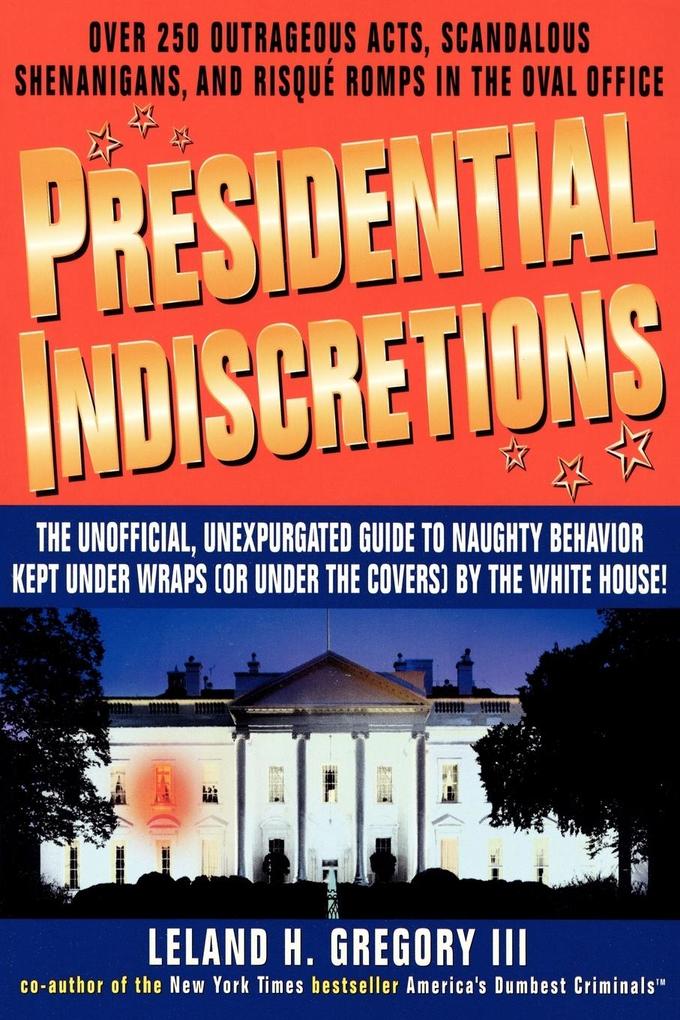 One president and one vice president died with their mistresses at their side. 32nd president Franklin Roosevelt's mistress had to be whisked away from his deathbe … weiterlesen
Geschenk per Mail versenden
Taschenbuch

Over 250 outrageous acts, scandalous shenanigans, and risqué romps in the Oval Office!

One president and one vice president died with their mistresses at their side. 32nd president Franklin Roosevelt's mistress had to be whisked away from his deathbed before his wife, Eleanor, arrived, and VP Nelson Rockefeller expired during an intimate moment with his inamorata.

When 29th president Warren G. Harding was short of funds during his twice-a-week poker games, he routinely anted up with pieces of White House china.

As a joke, 7th president Andrew Jackson sent a mother-and-daughter prostitute team an invitation to the annual presidential Christmas party.

With refreshing honesty, 36th president Lyndon Baines Johnson said to the press, "Of course, I may go into a strange bedroom every now and then that I don't want you to know about, but otherwise you can write everything."

In a historic DUI, 14th president Franklin Pierce, losing a battle with the bottle, was arrested by Washington police when he drunkenly ran over an old lady-with his horse!

And scores of other wild, weird, and downright dizzying deeds of America's presidents in action!

Leland Gregory is the New York Times bestselling author of Stupid American History and America's Dumbest Criminals. He is also the author of the national bestsellers The Stupid Crook Book, What's The Number for 911? and Stupid History. Gregory is a former writer for Saturday Night Live, has written and sold a screenplay to Disney, optioned a screenplay to Touchstone, and has written for a variety of magazines from Reader's Digest to Maxim. A tireless promoter, he has made hundreds of radio and television appearances, including multiple appearances on NBC's Today show. Gregory lives in Nashville, Tennessee.