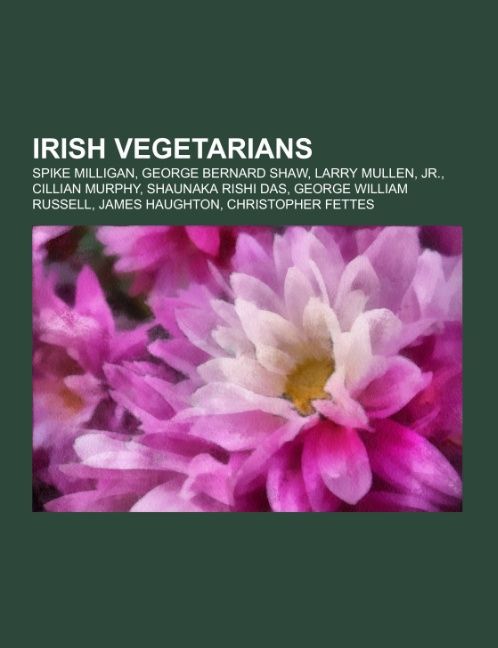 Source: Wikipedia. Pages: 26. Chapters: Spike Milligan, George Bernard Shaw, Larry Mullen, Jr., Cillian Murphy, Shaunaka Rishi Das, George William Russell, James Haughton, Christopher Fettes. Excerpt: George Bernard Shaw (26 July 1856 - 2 November 1950) was an Irish playwright and a co-founder of the London School of Economics. Although his first profitable writing was music and literary criticism, in which capacity he wrote many highly articulate pieces of journalism, his main talent was for drama, and he wrote more than 60 plays. Nearly all his writings address prevailing social problems, but have a vein of comedy which makes their stark themes more palatable. Shaw examined education, marriage, religion, government, health care, and class privilege. He was most angered by what he perceived as the exploitation of the working class. An ardent socialist, Shaw wrote many brochures and speeches for the Fabian Society. He became an accomplished orator in the furtherance of its causes, which included gaining equal rights for men and women, alleviating abuses of the working class, rescinding private ownership of productive land, and promoting healthy lifestyles. For a short time he was active in local politics, serving on the London County Council. In 1898, Shaw married Charlotte Payne-Townshend, a fellow Fabian, whom he survived. They settled in Ayot St. Lawrence in a house now called Shaw's Corner. Shaw died there, aged 94, from chronic problems exacerbated by injuries he incurred by falling. He is the only person to have been awarded both a Nobel Prize for Literature (1925) and an Oscar (1938), for his contributions to literature and for his work on the film Pygmalion (adaptation of his play of the same name), respectively. Shaw wanted to refuse his Nobel Prize outright because he had no desire for public honours, but accepted it at his wife's behest: she considered it a tribute to Ireland. He did reject the monetary award, requesting it be used to finance translation of Swedish books to English. George Bernard Shaw's Birthplace, Dublin. George Bernard Shaw was born in Synge Street, Dublin in 1856 to George Carr Shaw (1814-85), an unsuccessful grain merchant and som