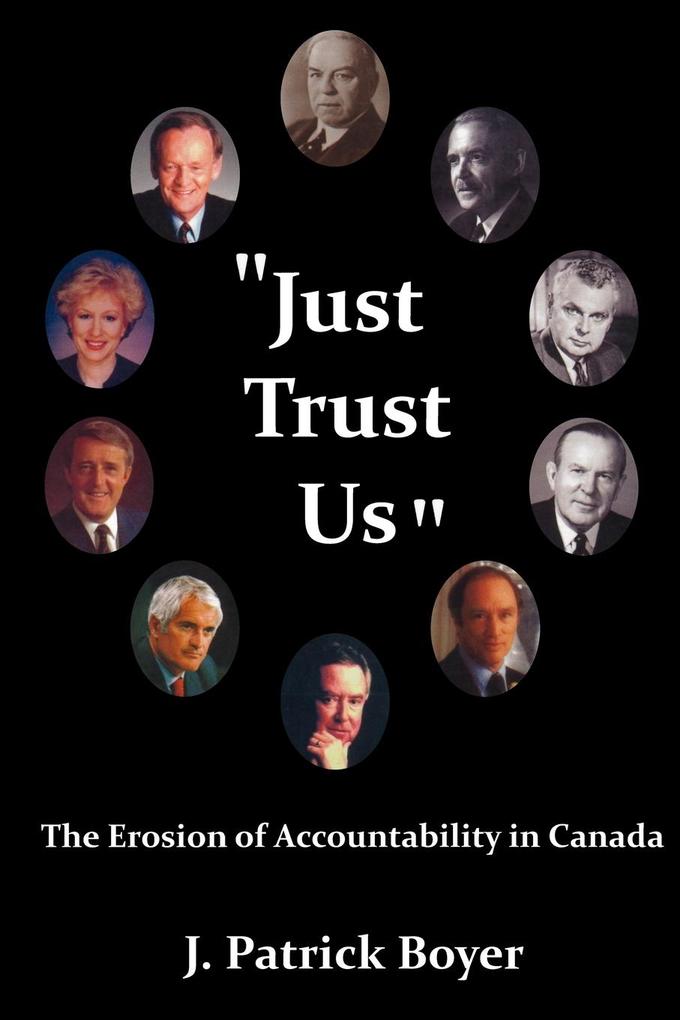 von J. Patrick Boyer
black & white illustrations.
Taschenbuch
J. Patrick Boyer draws together new patterns that help explain why Canadians who care deeply about our country nevertheless feel perplexed, angered, and even embarrassed by the way we now govern ourselves. Since the late 1700 … weiterlesen
Geschenk per Mail versenden
Taschenbuch

J. Patrick Boyer draws together new patterns that help explain why Canadians who care deeply about our country nevertheless feel perplexed, angered, and even embarrassed by the way we now govern ourselves. Since the late 1700s "representative government" has been part of our Canadian birthright, and since the 1800s "responsible government" has additionally been a constitutional foundation of our country. That the forms of both endure, but not their substance, is the thesis of Boyer's book. The result? An absence of accountability in Canadian government. Most of our country's pressing concerns and complex problems - from regional economic disparities to the Quebec and Western Canadian separatist movements, from tax evasion to voter apathy - can be traced back to this fundamental lack of accountability. A citizen who understands this absence sees that it makes sense to step back from a dysfunctional system. Making this accountability connection is critical, Boyer concludes, because only when we clearly understand the root cause of the problems we face as a nation can we begin to develop workable, long-term solutions.

J Patrick Boyer has worked as an author, journalist, lawyer, teacher, and a parliamentary secretary in the departments of External Affairs and National Defence. He is the current chairman of the Pugwash Thinkers' Lodge in Nova Scotia and adjunct professor in the department of political science at the University of Guelph, where he teaches courses in political ethics and accountability in Canadian government. He is the author of more than a dozen books.

"Hats off to Patrick Boyer for having the courage and the tenacity finally to tell the frightening story of how the culture of accountability was first undermined and then lost in Ottawa. It's now up to the rest of us to give this story a happier ending." -Brian Lee Crawley, president of the Atlantic Institute for Market Studies, Halifax