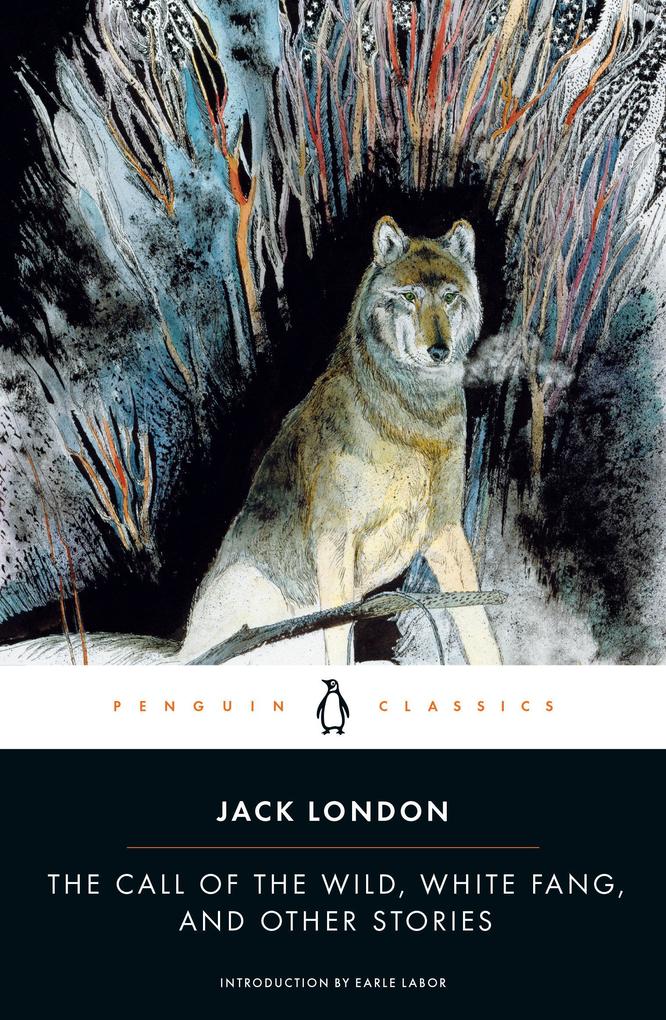 The Call of the Wild, White Fang and Other Stories

The Call of the Wild, London's elemental masterpiece about a dog learning to survive in the wildern … weiterlesen

Titel: The Call of the Wild, White Fang and Other Stories
Autor/en: Jack London

The Call of the Wild, London's elemental masterpiece about a dog learning to survive in the wilderness, sees pampered pet Buck snatched from his home and set to work as a sled-dog during the Klondike Gold Rush. White Fang, set in the frozen tundra and boreal forests of Canada's Yukon territory, is the story of a wolf-dog hybrid struggling to survive in a human society every bit as brutal as the natural world. This volume of London's famed Northland novels also includes an early feminist story "The Night-Born," and a pro-labor story "South of the Slot." These works echo and enrich the themes of The Call of the Wild and White Fang with their unique emphases on the primordial, the instinctual, and the quest for social justice. London's narratives in this volume focus on issues of continuing relevance to contemporary readers, including the value of the wilderness, animal rights, socioeconomic oppression, and gender inequity. This edition also includes an introduction by preeminent London scholar, Earle Labor, as well as a comprehensive biographical note on London's life and works by scholar and executive coordinator of the Jack London Society, Kenneth K. Brandt.

Jack London (1876-1916) was born John Chaney in Pennsylvania, USA. In 1896 he was caught up in the gold rush to the Klondike river in north-west Canada, which became the inspiration for The Call of the Wild (1903) and White Fang (1906). Jack London became one of the most widely read writers in the world.

Taschenbuch
The House Behind the Cedars
von Charles W. Chesn…

Schreiben Sie eine Bewertung für: The Call of the Wild, White Fang and Other Stories