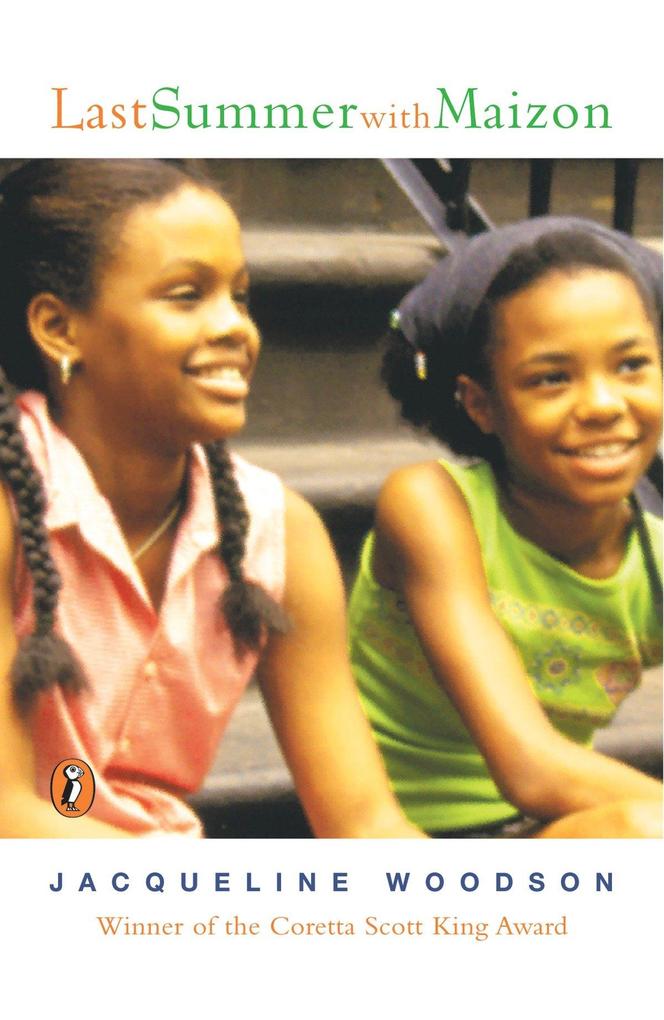 von Jacqueline Woodson
Empfohlen von 8 bis 12 Jahren. Sprache: Englisch.
Taschenbuch
Margaret loves her parents and hanging out with her best friend, Maizon. Then it happens, like a one-two punch, during the summer she turns eleven: first, Margaret's father dies of a heart attack, and then Maizon is accepted at an expensive boarding … weiterlesen
Dieser Artikel ist auch verfügbar als:
Geschenk per Mail versenden
Taschenbuch

Margaret loves her parents and hanging out with her best friend, Maizon. Then it happens, like a one-two punch, during the summer she turns eleven: first, Margaret's father dies of a heart attack, and then Maizon is accepted at an expensive boarding school, far away from the city they call home. For the first time in her life, Margaret has to turn to someone who isn't Maizon, who doesn't know her heart and her dreams. . . .

"Ms. Woodson writes with a sure understanding of the thoughts of young people, offering a poetic, eloquent narrative that is not simply a story of nearly adolescent children, but a mature exploration of grown-up issues: death, racism, independence, the nurturing of the gifted black child and, most important, self-discovery."(The New York Times)

Jacqueline Woodson (www.jacquelinewoodson.com) is the recipient of the 2020 Hans Christian Andersen Award, the 2018 Astrid Lindgren Memorial Award, and the 2018 Children's Literature Legacy Award. She was the 2018-2019 National Ambassador for Young People's Literature, and in 2015, she was named the Young People's Poet Laureate by the Poetry Foundation. She received the 2014 National Book Award for her New York Times bestselling memoir Brown Girl Dreaming, which was also a recipient of the Coretta Scott King Award, a Newbery Honor, the NAACP Image Award, and a Sibert Honor. She wrote the adult books Red at the Bone, a New York Times bestseller, and Another Brooklyn, a 2016 National Book Award finalist. Born in Columbus, Ohio, Jacqueline grew up in Greenville, South Carolina, and Brooklyn, New York, and graduated from college with a B.A. in English. She is the author of dozens of award-winning books for young adults, middle graders, and children; among her many accolades, she is a four-time Newbery Honor winner, a four-time National Book Award finalist, and a two-time Coretta Scott King Award winner. Her books include New York Times bestsellers The Day You Begin and Harbor Me; The Other Side, Each Kindness, Caldecott Honor book Coming On Home Soon; Newbery Honor winners Feathers, Show Way, and After Tupac and D Foster; and Miracle's Boys, which received the LA Times Book Prize and the Coretta Scott King Award. Jacqueline is also a recipient of the Margaret A. Edwards Award for lifetime achievement for her contributions to young adult literature and a two-time winner of the Jane Addams Children's Book Award. She lives with her family in Brooklyn, New York.