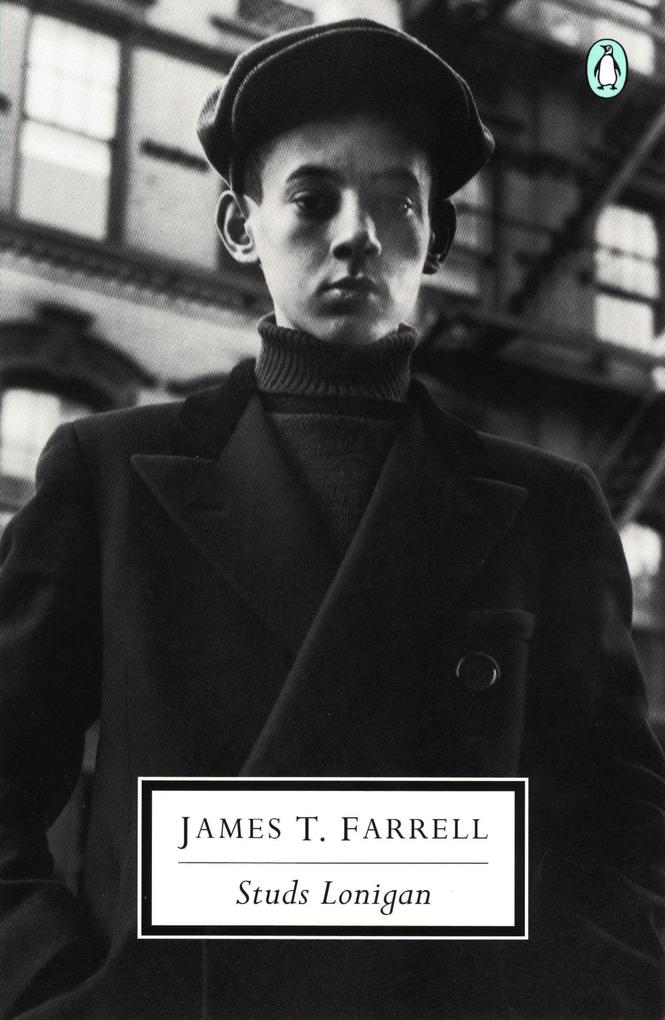 Collected here in one volume is James T. Farrell's renowned trilogy of the youth, early manhood, and death of Studs Lonigan: Young Lonigan, The Young Manhood of Studs Lonigan, and Judgment Day. In this relentlessly naturalistic portrait, Studs starts out his life full of vigor and ambition, qualities that are crushed by the Chicago youth's limited social and economic environment. Studs's swaggering and vicious comrades, his narrow family, and his educational and religious background lead him to a life of futile dissipation. Ann Douglas provides an illuminating introductory essay to Farrell's masterpiece, one of the greatest novels of American literature.

James Thomas Farrell (1904-1979) was born in Chicago to a struggling family of second-generation Irish Catholic immi grants. In 1907, his father, James Farrell, a teamster unable to support his growing family, placed young Jim with his maternal grandparents. It was his grandparents' neighborhood in Chicago's South Fifties that would provide the background to Farrell's Studs Lonigan trilogy. Farrell worked his way through the University of Chicago, shedding his Catholic upbringing and absorbing the works of William James, John Dewey, Sigmund Freud, while reading widely in American and European literature: Herman Melville, Sherwood Anderson, H. L. Mencken, Sinclair Lewis, and James Joyce were critical influences on his literary development. "Slob" (1929), his first published story, was also his first render ing of the real life "Studs Lonigan," a young man he had known growing up in Chicago. Farrell's first novel, Young Lonigan was published in 1932, followed by The Young Manhood of Studs Lonigan (1934) and Judgment Day (1935)-the three volumes making up his celebrated Studs Lonigan trilogy. A prolific writer, Farrell left more than fifty books of stories and novels behind him when he died in 1979. Alongside his masterpiece Studs Lonigan, Farrell's best-known works include the Danny O'Neill novels, A World I Never Made, No Star is Lost, Father and Son, and My Days of Anger. James T. Farrell's Studs Lonigan trilogy is also available in Penguin Classics.

Ann Douglas teaches English at Columbia University. Her books include Terrible Honesty: Mongrel Manhattan in the 1920s and The Feminization of American Culture.

Taschenbuch
The Call of the Wild, White Fang and…
von Jack London