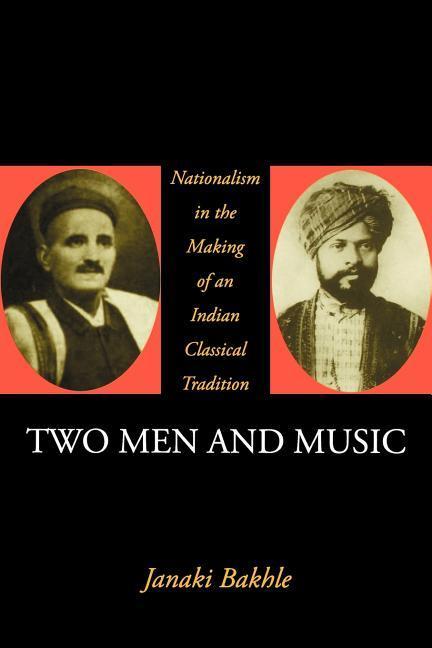 A provocative account of the development of modern national culture in India using classical music as a case study. Janaki Bakhle demonstrates how the emergence of an "Indian" cultural tradition reflected colonial and exclusionary practices, particularly the exclusion of Muslims by the Brahmanic elite, which occurred despite the fact that Muslims were the major practiti oners of the Indian music that was installed as a "Hindu" national tradition. This book lays bare how a nation's imaginings--from politics to culture--reflect rather than transform societal divisions.

Janaki Bakhle is Assistant Professor of Modern South Asian History at Columbia University, with a focus on the cultural, social and political history in the eighteenth to early twentieth centuries.

"A brilliantly researched book that adds a new dimension to the invention of tradition. Two Men and Music is required reading not only for historians of South Asian modernity, but for all interested in the sociology of the politics of identity."--Gayatri Chakravorty Spivak, author of A Critique of Postcolonial Reason
"Janaki Bakhle makes a major, pioneering contribution to the history of Indian classical music. Classical music in India is generally viewed as an expression of successful cultural resistance to colonialism. Bakhle demonstrates in this telling critique that, to the contrary, the world of classical music advanced the exclusionary tendencies of the colonialist and nationalist projects. There is simply no history quite like this."--Gyan Prakash, author of Another Reason
"Two Men and Music stands out in describing a specifically Indian modernity and the place of indigenous musical traditions in it. Joining insightful historical research to dexterous cultural theory,