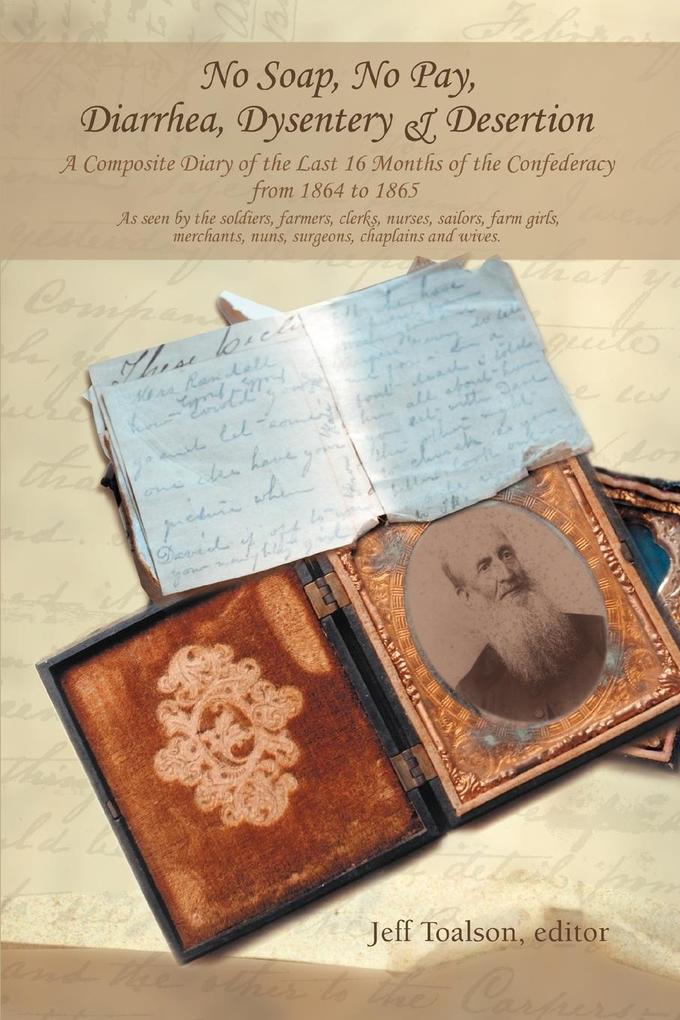 A Composite Diary of the Last 16 Months of the Confederacy from 1864 to 1865.
Paperback.
Sprache: Englisch.

No Soap, No Pay, Diarrhea, Dysentery & Desertion is a groundbreaking study of life during the final sixteen months of the Confederacy.

These soldiers and civilians wrote remarkable letters and kept astonishing diaries and journals. They discussed disease, slavery, inflation, religion, desertion, blockade running, and their never-ending hope that the war would be over before their loved ones died. As in all wars, these are the people who suffer the most-and glory is hard to find amid lice, dysentery, starvation, and death.

A significant contribution to Civil War literature, No Soap, No Pay, Diarrhea, Dysentery & Desertion will open vistas to a side of the war with which most are only mildly familiar. The words of these individuals are an honest, powerful, and poetic portrayal of the war's effect on their lives.