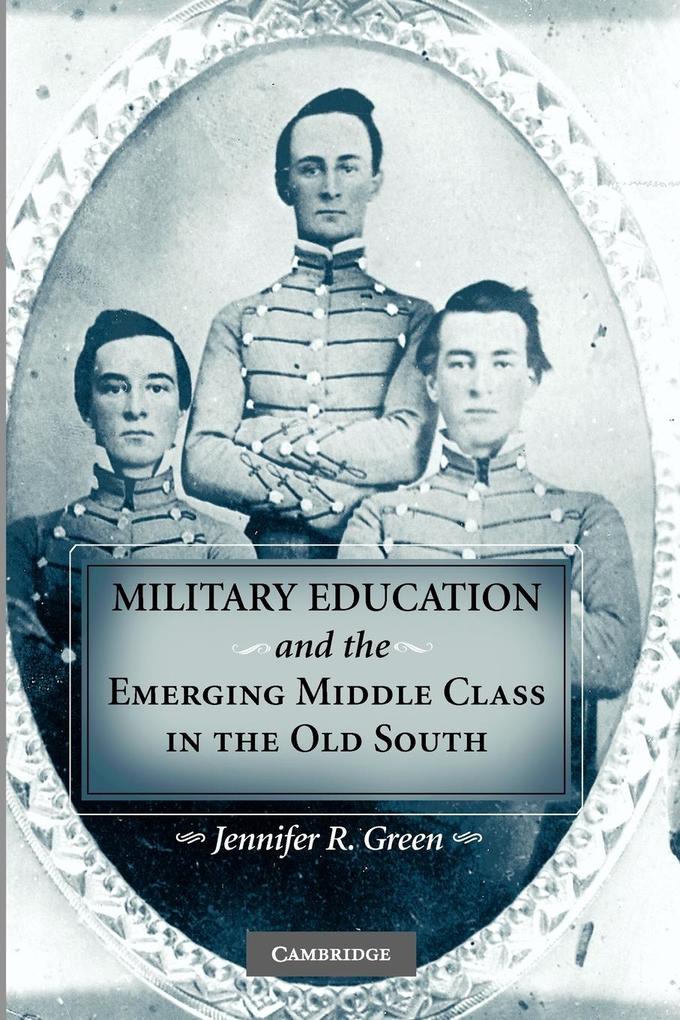 Military Education and the Emerging Middle Class in the Old South

This book explores the importance of military education for the development of the antebellum southern middle class.

Review of the hardback: 'Jennifer Green's smart new book, Military Education and the Emerging Middle Class in the Old South, puts social class front and center on the southern history table. Her deeply researched examination of the complex ways white southern men used military schooling to advance their social and economic status presses us to fundamentally re-think our understanding of southern class formation and the role of national networks of professionalization in that process. This well-written volume strikes a fine balance between establishing the importance of military education in the Old South and highlighting its critical role in the development of a southern middle class, and is a welcome and important contribution to all studies on social mobility.' Michele Gillespie, Wake Forrest University Review of the hardback: 'In this book, Jennifer Green offers historians of the Old South - and scholars of class and social mobility generally - an intelligent and persuasive account of a largely unexplored aspect of southern history: the activities, profiles, and importance of military cadets. Green's decision to use the military schools as an avenue through which to explore the sometimes vexing and always slippery question of class formation is ingenious and effective.' Mark M. Smith, University of South Carolina Review of the hardback: 'Jennifer R. Green illuminates an understudied aspect of the antebellum South: the military colleges that served as pathways to social networks and business connections for young southern men in the 1840s and 1850s. If this was all the book represented it would be an important enough contribution. Her study, however, offers the field much more. She uses military colleges to explore important questions that remain hotly contested among historians, including those surrounding the social structure of the Old South, the role of education and other reforms in modernizing the region, and the meaning of southern manhood. With compelling analysis and painstaking research, Green contributes significantly to the growing field of studies on the southern middle class, opens new territory in regard to the study of education in the region, and adds fresh perspectives to the analysis of gender, culture, and the military. She demonstrates convincingly that a middle class not only existed in the nineteenth-century South, but that it played a central role in the life of the region.' Jonathan Daniel Wells, University of North Carolina at Charlotte