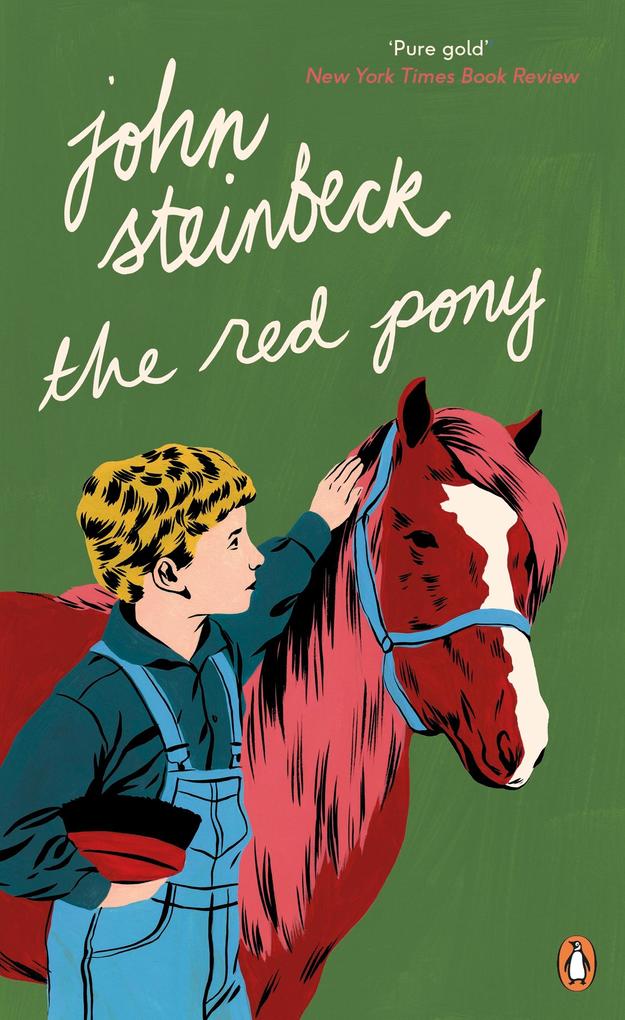 A little masterpiece New York TimesJody Tiflin is a ten-year-old boy, living on his father ranch. One day his father brings home a small pony. He's Jody& if the boy will learn to feed, clean, stable and care for him. But Jody learns, through the colt, and through his other adventures on the ranch, that with responsibility can come sacrifice and pain. Joy may swiftly turn to tragedy. And he also discover that the simplicities of childhood must eventually turn into the complications of adulthood.The Red Pony is Steinbeck brilliant, and sometimes brutal, celebration of adolescence, with a stunning new cover by renowned artist Bijou Karman.

John Steinbeck (1902-68) is remembered as one of the greatest and best-loved American writers of the twentieth century. During the 1930s, his works included The Red Pony, Pastures of Heaven, Tortilla Flat, In Dubious Battle, and Of Mice and Men. The Grapes of Wrath, published in 1939, earned him a Pulitzer Prize. In 1962, he was awarded the Nobel Prize for Literature.