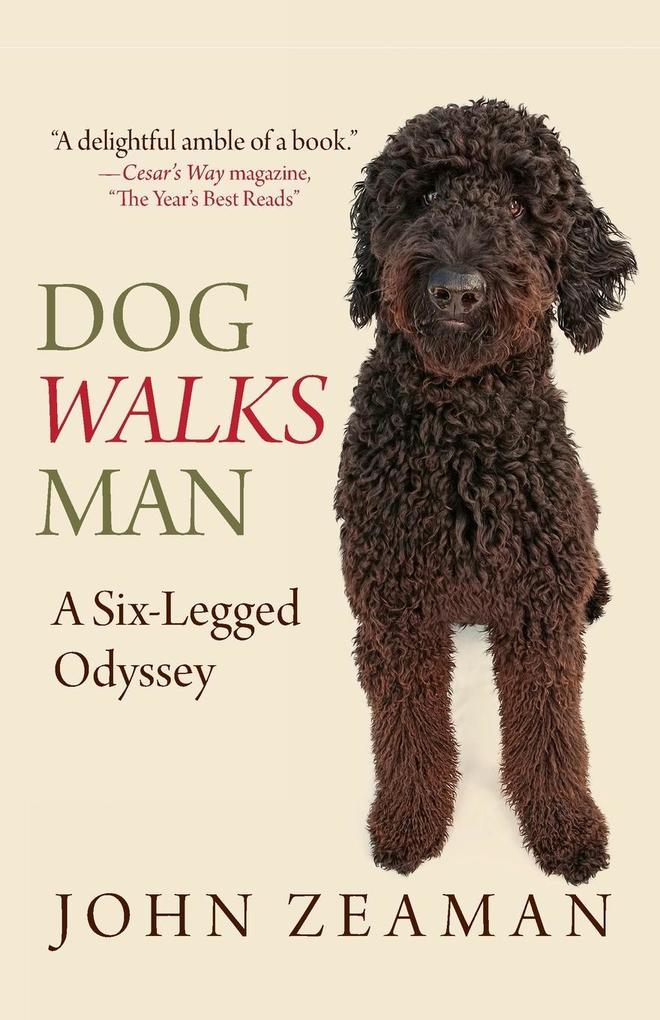 A humorous, thoughtful, absorbing narrative aboutthe metaphysical joys of a simple daily task Imagine if Annie Dillard had taken a dog along with her to Tinker Creek. Now imagine Tinker Creek was a New Jersey suburb, and you have an idea of the surprises that await in John Zeaman s book. Humorous, thought-provoking, and playful, Dog Walks Man might also be called Zen and the Art of Dog Walking. Zeaman takes us on a journey from a 'round-the-block fraternity of dog-walking dupes suburban fathers who indulged their children s wish for a dog to a strange and forbidden wonderland at the edge of town: the New Jersey Meadowlands. Along the way he rediscovers childhood s forgotten fringe places, investigates the mysteries of the natural world, and experiences moments of inexplicable joy. Each chapter of Dog Walks Man is a bite-size meditation on the wisdom derived from dogs and dog walking. Woven into the narrative are musings on such familiar dog-walking issues as the war of nerves that precedes each walk (or w-a-l-k if your dog is in earshot), the problem of dog-walking monotony, and why dog walkers are always the ones to discover dead bodies. This is also the story of Pete, the prescient standard poodle who begins as the family glue and evolves into Zeaman s partner on a journey through an abandoned landscape as alive as any jungle. Above all, Dog Walks Man is about a search for wholeness in an increasingly artificial world. It is about discovering what Thoreau meant when he wrote, in his seminal essay Walking, Life consists with wildness. Because the truth is, something as simple as walking the dog can open up unexpected worlds. An excerpt In the beginning, I walked around the block. Or a couple of blocks. It didn t seem to matter. That it didn t matter was in itself novel. It had been a long time since I had gone out without any particular destination or direction, without knowing whether I was going to turn left or turn right at the end of the front walk. . . . The simple aimlessness of it made me feel like a kid again. . . .Pete, with his boundless enthusiasm for the outside world, was like the reincarnation of that juvenile self. We d hit the sidewalk and, like two kids with nothing special to do, spend a half-hour meandering about. We were suburban vagabonds. In the mornings, with the whole world rushing to get somewhere, there was something almost subversive about roaming around with a companion who had no responsibilities.We walked the irregular streets of our hilly town. We each had our compulsions. I revived the childhood aversion to stepping on cracks. Pete made sure that every tree was marked with his scent. . . .At night, Pete and I would escape the sometimes-suffocating sweetness of family life the pajamas and stories, the smell of toothpaste and sheets, the damp goodnight kisses and prolonged hugs. We d slip out into the silky night like a pair of teenage boys with high hopes for a Saturday night. We d walk beneath the streetlights from one pool of light to the next. The people in the houses would drift past the windows like aquarium fish. Pete, with his black coat, was practically invisible in the dark stretches and I would let him off the leash."

John Zeaman writes an arts column for Design NJ. He was also the art critic and design writer at The Record (Hackensack, NJ) for more than 20 years, and continues to freelance for the paper. He has won numerous awards, including three (2001, 2004, 2005) from the Manhattan-based Society of the Silurians, the nation's oldest press club. He is also the author of a series of children's books called "Before They Were Pets" (Franklin Watts/Scholastic, 1998). Zeaman's young adult book, "Overpopulation" (Franklin Watts, 2002) was selected for the New York Public Library's list, "Books for the Teen Age."