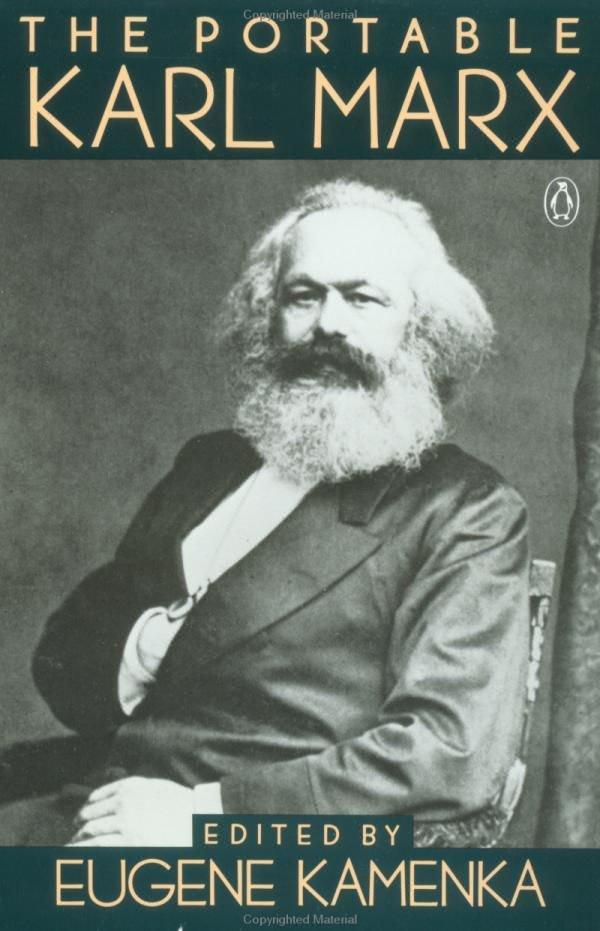 Includes the complete Communist Manifesto and substantial extracts from On the Jewish Question, the German Ideology, Grundrisse, and Capital, a broad representation of his letters, and lesser-known works, especially his long-unavailable, early works.

Introduction
Bibliographical Note and Acknowledgments
Chronology: Marx's Life
Chronology: Marx's Chief Works
I. Marx the Man: Documents, Letters, and Reminiscences
[Birth Certificate]
Certificate of Matriculation of a Pupil at the High School at Trier
[Marx's Record of Studies Issued by the University of Bonn]
[From Marx's Sister Sophie]
[Heinrich Marx to His Son]
[Karl Marx to His Father]
[Heinrich Marx to His Son]
[Bruno Bruno Bauer to Marx]
[Marx's Record of Studies in the University of Berlin]
[Letter of Professor C. F. Bachmann, Dean of the Faculty of Philosophy in the University of Jena, Presenting Marx's Doctoral Thesis to the Faculty for Consideration]
[Moses Hess on Karl Marx]
[Marx to Arnold Ruge]
[Marx to Arnold Ruge]
[Jenny von Westphalen to Marx]
[Arnold Ruge to Ludwig Feuerbach on Marx]
[Bakunin's Reminiscence]
[P. Annenkov: Karl Marx in 1846]
[Marx to Engels in Paris]
[Carl Schurz on Marx in Cologne Summer 1848]
[Marx to Engels in Brussels]
[Marx to Engels in Lausanne]
[Marx to Engels in Lausanne]
[Jenny Marx to Joseph Weydemeyer]
[Gustave Techow to a Friend]
[Marx to Engels]
[Marx to Engels]
[A Prussian Police Agent's Report]
[Marx to Engels]
[Marx to Engels]
[Marx to Engels]
[Karl Marx to His Wife]
[Marx to Engels]
[Marx to Engels]
[Eleanor Marx on Her Father]
[Marx to Engels in Manchester]
[Confessions of Marx]
[Karl Marx to Laura Marx]
[Karl Marx to François Lafargue]
[Karl Marx to Paul Lafargue]
[From R. Landor's Interview with Marx]
[Report on Karl Marx in Karlsbad]
[From the Chicago Tribune's Interview with Marx]
[Sir Mountstuart Elphinstone Grant-Duff to Empress Frederick]
[Karl Marx to Laura Lafargue]
[Engels's Speech at the Graveside of Karl Marx]
II. Karl Marx's Writings
1. The Formation of a Young Radical: Early Writings, 1841-1844
From Doctoral Dissertation, The Difference between the Democritean and the Epicurean Philosophy of Nature
"The Draft Divorce Law"
From the Kreuznach Manuscripts: Critique of Hegel's Philosophy of Right
From a Correspondence of 1843
From "On the Jewish Questions"
From "Contribution to the Critique of Hegel's Philosophy of Right: Introduction"
2. Beyond Philosophy to Communism, Political Economy, and the Materialist Conception of History: Transitional Writings, 1844-1847
From Economico-Philosophical Manuscripts of 1844
From the First Manuscript: "Alienated Labor"
From the Third Manuscript: "Private Property and Communism"
From "Critical Notes on the Article 'The King of Prussia and Social Reform. By a Prussian""
"Theses on Feuerbach"
From A Contribution to the Critique of Political Economy
From The German Ideology, Volume One:
Preface
[The Materialist Conception of History]
[On History]
[Consciousness and the Division of Labour]
[Law and the Materialist Conception of History]
[The Role of Violence in History]
[Communism as the End of History]
3. Revolution and Counter-Revolution: Political Writings, 1848-1852
Manifesto of the Communist Party
The Demands of the Communist Party in Germany
Address of the Central Committee to the Communist League
From The Class Struggles in France: 1848 to 1850
From The Eighteenth Brumaire of Louis Bonaparte
4. Journalism and Politics: 1853-1864
The British Rule in India
From "The Future Results of British Rule in India"
Revolution in China and in Europe
The Indian Revolt
Inaugural Address and Provisional Rules of the International Working Men's Association
5. "Wading Through Economic Filth": Economic Writings, 1857-1867
From Grundrisse, Introduction
From Value, Price and Profit
From Capital, Volume I:
From the Preface to the First German Edition
Chapter 1: "Commodities"
Chapter 26: "The Secret of Primitive Accumulation"
From Chapter 27: "The Expropriation of the Agricultural Population from the Land"
Chapter 31: "The Genesis of the Industrial Capitalist"
Chapter 32: "The Historical Tendency of Capitalist Accumulation"
Chapter 33: "The Modern Theory of Colonisation"
6. The Paris Commune and the Future of Socialism: 1870-1882
From The Civil War in France
:Address of the General Council of the International Working Men's Association
From the First Draft: "The Character of the Commune"
Marginal Notes to the Programme of the German Workers' Party [Critique of the Gotha Programme]
Preface to the Russian Edition of the Communist Manifesto
Reader's Guide
Index

Karl Mark (1818-1883) was a philosopher, social scientist, historian, and revolutionary. He is without a doubt the most influential socialist thinker to emerge in the nineteenth century. Although he was largely ignored by scholars in his own lifetime, his social, economic, and political ideas gained rapid acceptance in the socialist movement after his death. In Paris, Marx developed his lifelong partnership with Friedrich Engels (1820-1895).

Eugene Kamenka was a lecturer in philosophy at the University of Singapore and head of the History of Ideas Unit at the Institute of Advanced Studies of the Australian National University. His works include Marxism and Ethics, A World in Revolution?, The Philosophy of Ludwig Feuerbach, Nationalism: The Nature and Evolution of an Idea, The Portable Karl Marx, and Bureaucracy. He died in 1994.