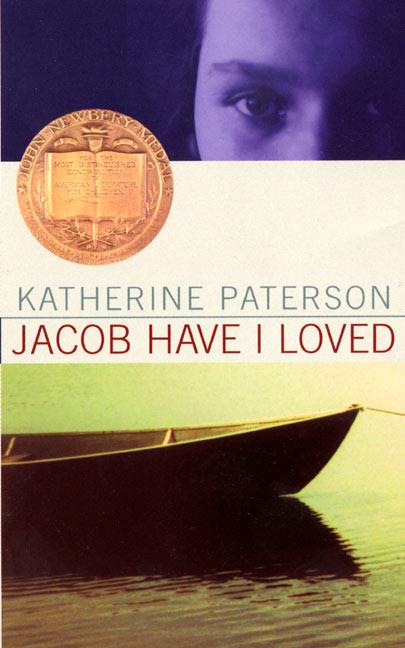 Jacob Have I Loved

Katherine Paterson's remarkable Newbery Medal-winning classic about a painful sibling rivalry, and one sister's struggle to make her own way, is an honest and daring portrayal of adolescence and coming of age.
A strong choice for independent reading, both for summer reading and homeschooling, as well as in the classroom, Jacob Have I Loved has been lauded as a cornerstone young adult novel and was ranked among the all-time best children's novels in a survey published by School Library Journal.
"Jacob have I loved, but Esau have I hated . . ." With her grandmother's taunt, Louise knew that she, like the biblical Esau, was the despised elder twin. Caroline, her selfish younger sister, was the one everyone loved.
Growing up on a tiny Chesapeake Bay island, angry Louise reveals how Caroline has robbed her of everything: her hopes for schooling, her friends, her mother, even her name. While everyone pampers Caroline, Wheeze (her sister's name for her) begins to learn the ways of the watermen and the secrets of the island, especially of old Captain Wallace, who has mysteriously returned after fifty years.
The war unexpectedly gives this independent girl a chance to fulfill her dream to work on the water alongside her father. But the dream does not satisfy the woman she is becoming. Alone and unsure, Louise begins to fight her way to a place for herself outside her sister's shadow. But in order to do that, she must first figure out who she is...

Katherine Paterson is one of the world's most celebrated and beloved authors. Among her many awards are two Newberys and two National Book Awards, and she was recently named a "Living Legend” by the Library of Congress. She has been published in more than 22 languages in a variety of formats, from picture books to historical novels.