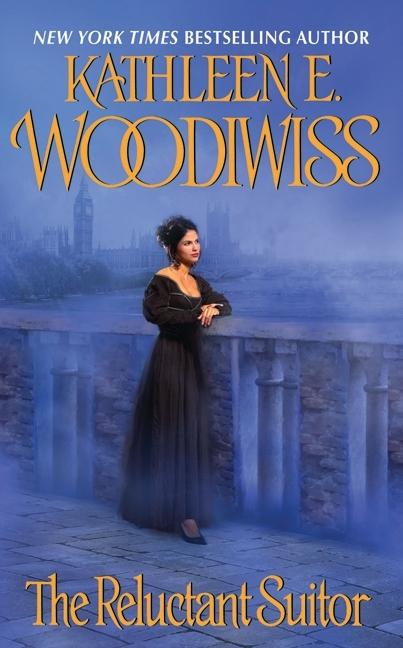 For as long as she can remember, Lady Adriana Sutton has adored Colton Wyndham, to whom she has been promised by an agreement of courtship and betrothal since childhood. As a young girl, she was wounded by Colton's stubborn refusal to comply with his father's wishes and by his angry departure. He was too proud and too stubborn to accept a future not of his own choosing. Rather than submit, he fled from his ancestral home for a life of adventure and danger as an officer in the British army.

The years have been immensely kind to Lady Adriana. No longer the plain, thin tomboy Colton had spurned, she has blossomed into an uncommon beauty desired by nearly every eligible bachelor in the land. Yet the only man she desires is the decorated hero who has finally come home to claim his rightful title. Arrogant, unmoved, and seductive as ever, he remains averse to the idea of their betrothal in spite of his growing desire for her.

To demonstrate his belief that love cannot be forced, Colton agrees to court Lady Adriana for ninety days, after which time he will be allowed to keep his precious freedom if he so wishes. But much has changed since he balked at his father's plans. Forced into a courtship with this stunning, spirited woman, who is as different today from the young chit he left behind as spring is to winter, the heroic heart that was once closed to Adriana is moved by her charm, her grace, and her sensuality ... and begins to yield. But a secret from Colton's past may doom their burgeoning love ... even as the treacherous schemes of a sinister rival threaten to steal the remarkable lady from his arms forever.

A lush and spellbinding story of passion and betrayal that grandly sweeps the reader into the magnificent ballrooms and intimate boudoirs of Regency England, The Reluctant Suitor is romance as only the incomparable Kathleen Woodiwiss can deliver it -- a love story that will dwell in the reader's heart and memory forever and stand proudly as one of the author's very best.

(1939 - 2007) Kathleen E. Woodiwiss, creator of the modern historical romance, died July 6, 2007 in Minnesota. She had just turned 68. Her attorney, William Messerlie, said that she died after a long illness.
Born on June 3, 1939 in Alexandria, Louisiana, Mrs. Woodiwiss was the youngest of eight siblings. She long relished creating original narratives, and by age six was telling herself stories at night to help herself fall asleep. At age 16, she met U.S. Air Force Second Lieutenant Ross Woodiwiss at a dance, and they married the following year. She wrote her first book in longhand while living at a military outpost in Japan.
Woodiwiss is credited with the invention of the modern historical romance novel: in 1972, she released The Flame and the Flower, an instant New York Times bestseller, creating literary precedent. The Flame and the Flower revolutionized mainstream publishing, featuring an epic historical romance with a strong heroine and impassioned sex scenes. "Kathleeen E. Woodiwiss is the founding mother of the historical romance genre," says Carrie Feron, vice president/editorial director of William Morrow and Avon Books, imprints of HarperCollins Publishers. Feron, who has been Woodiwiss's editor for 13 years, continues, "Avon Books is proud to have been Kathleen's sole publishing partner for her paperbacks and hardcover novels for more than three decades." Avon Books, a leader in the historical romance genre to this day, remains Mrs. Woodiwiss's original and only paperback publisher; William Morrow, Avon's sister company, publishes Mrs. Woodiwiss's hardcovers.
The Flame and the Flower was rejected by agents and hardcover publishers, who deemed it as "too long" at 600 pages. Rather than follow the advice of the rejection letters and rewrite the novel, Mrs. Woodiwiss instead submitted it to paperback publishers. The first publisher on her list, Avon, quickly purchased the novel and arranged an initial 500,000 print run. The novel sold over 2.3 million copies in its first four years of publication.
The success of this novel prompted a new style of writing romance, concentrating primarily on historical fiction tracking the monogamous relationship between a helpless heroines and the hero who rescued her, even if he had been the one to place her in danger. The romance novels which followed in her example featured longer plots, more controversial situations and characters, and more intimate and steamy sex scenes.
"Her words engendered an incredible passion among readers," notes Feron. Bestselling author Julia Quinn agrees, saying, "Woodiwiss made women want to read. She gave them an alternative to Westerns and hard-boiled police procedurals. When I was growing up, I saw my mother and grandmother reading and enjoying romances, and when I was old enough to read them myself, I felt as if I had been admitted into a special sisterhood of reading women."
New York Times bestselling author Susan Elizabeth Phillips, a leading voice in the women's fiction arena, says, "We all owe our careers to her. She opened the world of romance to us as readers. She created a career for us to go into."
The pioneering author has written 13 novels over the course of 35 years, all New York Times bestsellers. Kathleen E. Woodiwiss's final literary work, the upcoming Everlasing, will be published by William Morrow in October 2007. "Everlasting is Kathleen's final gift to her fans," notes Feron.
Kathleen E. Woodiwiss, who was predeceased by her husband and son Dorren, is survived by sons Sean and Heath, and numerous grandchildren.