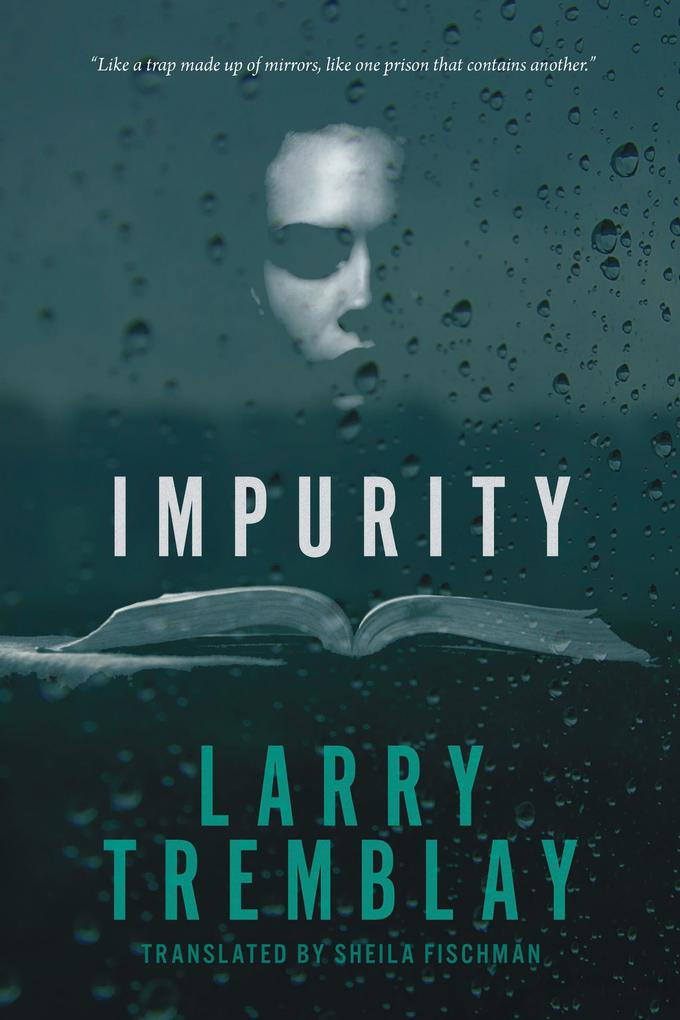 An existential thriller that philosophically explores the purity of love. Russian-doll narrative, with self-referential loops and reflections on the literary medium.

Born in Moose Jaw, Saskatchewan, Sheila Fischman was raised in Ontario and is a graduate of the University of Toronto. She is a founding member of the Literary Translators' Association of Canada and has also been a columnist for the Globe and Mail and Montreal Gazette, a broadcaster with CBC Radio, and literary editor of the Montreal Star. She now devotes herself full time to literary translation, specializing in contemporary Québec fiction, and has translated more than 125 Québec novels by, among others, Michel Tremblay, Jacques Poulin, Anne Hébert, François Gravel, Marie-Claire Blais, and Roch Carrier.

Sheila Fischman has received numerous honours, including the 1998 Governor General's Award (for her translation of Michel Tremblay's Bambi and Me, for Talonbooks); she has been a finalist fourteen times for this award. She has received two Canada Council Translation Prizes and two Félix-Antoine Savard Awards from Columbia University. In 2000, she was invested into the Order of Canada and, in 2008, into the Ordre national du Québec, and, in 2008, she received the Canada Council for the Arts Molson Prize for her outstanding contributions to Canadian literature. She holds honorary doctorates from the Universities of Ottawa and Waterloo. Fischman currently resides in Montréal.