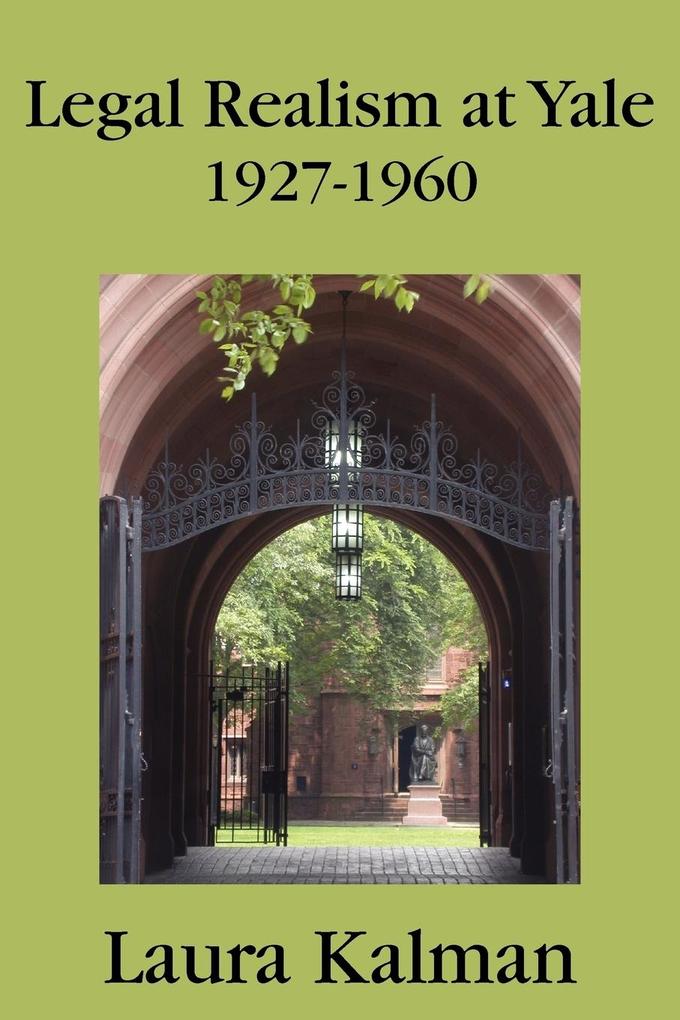 The history of the concept of legal realism as it evolved at Yale University Law School is in fact a history of the development of legal education in this country during the years 1927-1960, as … weiterlesen

The history of the concept of legal realism as it evolved at Yale University Law School is in fact a history of the development of legal education in this country during the years 1927-1960, as Kalman shows in this important study. The realists' attention toward the importance of the role of litigation, the practitioner, judges and judicial reasoning, and the judiciary in a societal context represented a departure from the scientific casebook method espoused by C.C. Langdell at Harvard University Law School in the 1870s, and later supported by Roscoe Pound.

Laura Kalman is a Professor of History at University of California Santa Barbara.

Laura Kalman argues that factors such as budgetary constraints, university politics, personal feuds, and broader social trends may have been as important as legal theory in shaping the contours and determining the fate of legal realism at Yale. She calls her book 'a case study of the interrelationship between intellectual theory and institutional factors within the specific context of legal education.' Using legal education at Harvard as a reference point, especially Langdellian conceptualism, she sees realism as a variety of functionalism, reflecting a belief that law should be organized with reference to facts and social purposes rather than abstract legal concepts. Thus, the emergence of legal realism at Yale was, among other things, an attempt by the Yale Law School to differentiate itself from the Harvard Law School and thereby to enhance its own stature. -- Paul L. Murphy, The American Journal of Legal History, Vol. 33, No. 4 (Oct. 1989)

Laura Kalman's monograph, originally a dissertation, is nevertheless a fresh and rather engaging study of a finished chapter in intellectual history-the legal realist movement. It flourished in the 1930s, revived in another form after World War II, and then faded away around 1960, when Kalman ends her work.
-- Ralph S. Brown, Law and History Review, Vol. 6, No. 1 (Spring, 1988)