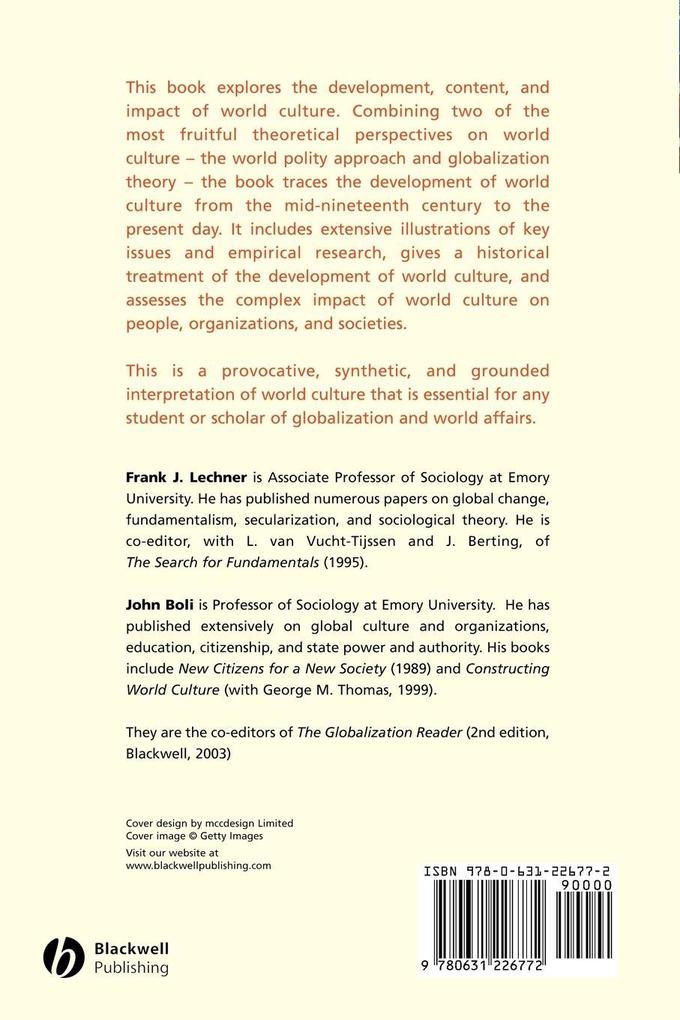 "Lechner and Boli's scholarship is extensive, theoretical, abstract and synthetic ... The authors engage in conceptual and theoretical refinement and synthesis of existing scholarship and extend that intellectual frontier with their own substantial contributions. Lechner and Boli ... deserve special commendation for the rich and illuminating historical context and examples." Choice "Lechner and Boli have done their homework and the compendium they offer is valuable in itself." The International History Review "This volume provides a fascinating, and immensely broad-ranging, call to understand the complex inter-relationships between geopolitical forces and those resilient urban lives. Whilst as a source of multiple departures it should be of interest to an equally broad ranging audience, for those particularly curious about the often-neglected ways in which extreme ideologies seek to construct and reconstruct understandings of cities there is much to consider." Andrew Inch, Oxford Brookes University