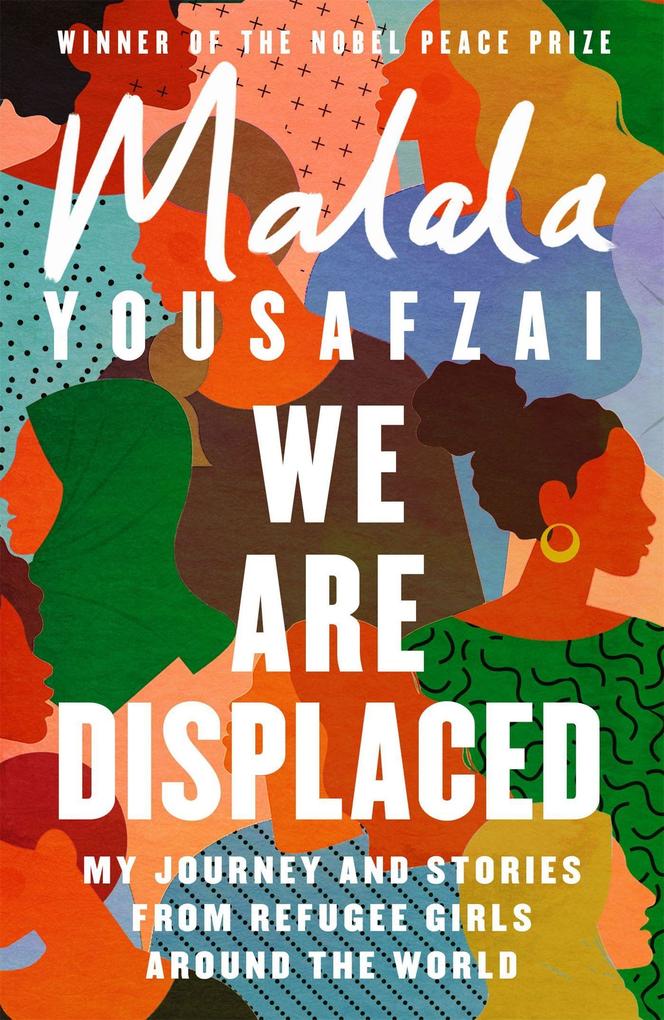 von Malala Yousafzai
My Journey and Stories from Refugee Girls Around the World - From Nobel Peace Prize Winner Malala Yousafzai.…
Taschenbuch
Eight years on from the publication of her internationally bestselling memoir, WE ARE DISPLACED presents true stories of the refugee experience interwoven with Malala's own story of her displacement
Dieser Artikel ist auch verfügbar als:
Geschenk per Mail versenden
Taschenbuch

My Journey and Stories from Refugee Girls Around the World - From Nobel Peace Prize Winner Malala Yousafzai.
Sprache: Englisch.

Nobel Peace Prize winner and bestselling author Malala Yousafzai introduces some of the faces behind the statistics and news stories we read or hear every day about the millions of people displaced worldwide,

Malala's experiences visiting refugee camps caused her to reconsider her own displacement - first as an Internally Displaced Person when she was a young child in Pakistan, and then as an international activist who could travel anywhere in the world, except to the home she loved, In We Are Displaced, which is part memoir, part communal storytelling, Malala not only explores her own story of adjusting to a new life while longing for home, but she also shares the personal stories of some of the incredible girls she has met on her various journeys - girls who have lost their community, relatives, and often the only world they've ever known,

In a time of immigration crises, war and border conflicts, We Are Displaced is an important reminder from one of the world's most prominent young activists that every single one of the 68,5 million currently displaced is a person - often a young person - with hopes and dreams, and that everyone deserves universal human rights and a safe home,

Malala Yousafzai is a cofounder and board member of Malala Fund. Malala began her campaign for education at age eleven, when she anonymously blogged for BBC Urdu about life under the Taliban in Pakistan's Swat Valley. Inspired by her father's activism, Malala soon began advocating publicly for girls' education, attracting international media attention and awards. At age fifteen, she was attacked by the Taliban for speaking out. Malala recovered in the United Kingdom and continued her fight for girls. In 2013, she founded Malala Fund with her father, Ziauddin. A year later, Malala received the Nobel Peace Prize in recognition of her efforts to see every girl complete twelve years of free, safe and quality education. She is currently a student at Oxford University, pursuing a degree in philosophy, politics and economics.

Powerful and timely . . . While these accounts are equal parts poignant and harrowing, the lasting impression is of hope and resilience. Their stories are moving, empowering and astonishing, and demonstrate Malala's aim to give the message of strength and bravery Independent
Kunden, die diesen Artikel gekauft haben, kauften auch
Schreiben Sie eine Rezension