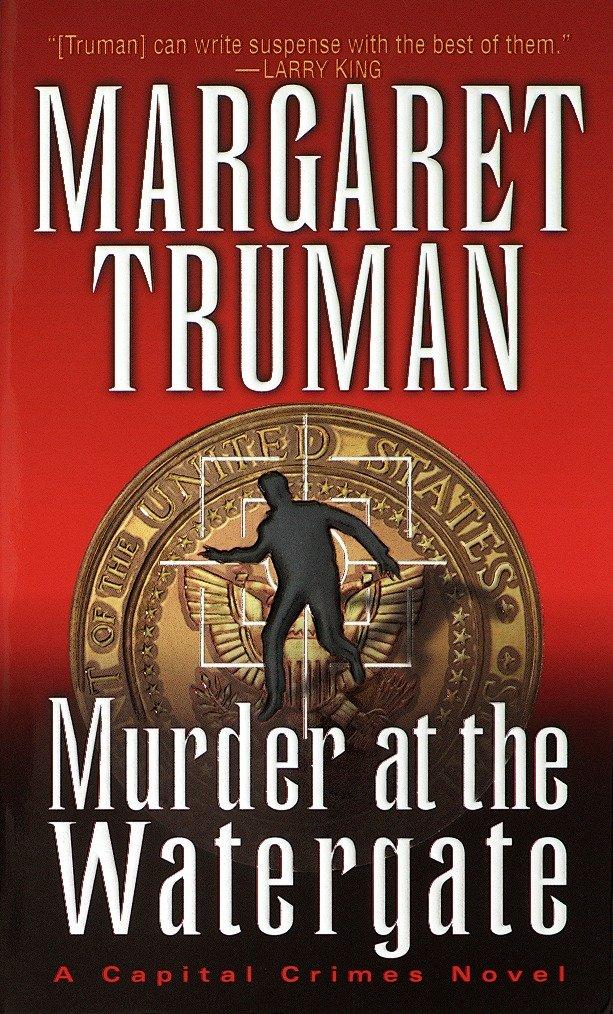 Murder at the Watergate

von Margaret Truman
Sprache: Englisch.
Taschenbuch
The Watergate in Washington, D.C., is one of the world's most famous addresses-- although not everyone knows exactly what it is. This imposing, fabulous complex is made up of a hotel, residences, restaurants, offices, shops, and more. It is … weiterlesen
Dieses Taschenbuch ist auch verfügbar als:
Geschenk per Mail versenden
Jetzt**

The Watergate in Washington, D.C., is one of the world's most famous addresses-- although not everyone knows exactly what it is. This imposing, fabulous complex is made up of a hotel, residences, restaurants, offices, shops, and more. It is a haven for the famous after they break out and, on occasion, for the infamous when they break in. Its very name has become part of our history.
Margaret Truman, herself the bearer of one of the world's most famous names, knows Washington's ins and outs, including who is "in" and who is "out." In this absorbing, timely Capital Crimes mystery, she shows us around this fascinating city that is America's center of power and--some would say--corruption. Some of those who are "out" here are very dead indeed.
The glittering cast of characters includes Vice President Joe Aprile, who plans to become president, if he can avoid a tempting vice; a glamorous Washington hostess and fund-raiser, Elfie Dorrance, with a propensity for marrying rich and powerful men and then grieving prettily at the end--their end; and Chris Hedras, a special assistant to the vice president, with some very special ambitions. And, of course, Annabel Smith, gallery owner, and Mac Smith, law school professor. The story deals in part with the influence on political campaigns of "soft money" and its hard consequences, as well as this country's tortuous and often ambiguous relationship with Mexico, in particular the glorious San Miguel de Allende, home of the well-to-do, and a few ill-to-do, a place involving drugs, politics, and police and politicians looking the other way.
Once again Margaret Truman offers a delight to the reader who likes a fast-turning page, the pleasure of inside information, the allure of high life crossing paths with lowlife, and the return of the attractive crime-solving couple Mac and Annabel

In addition to a steady stream of D.C.-based mystery novels, Margaret Truman has produced seven books of nonfiction, including her bestselling examination of the first ladies, and biographies of her father, Harry S Truman, and her mother, Bess W. Truman. This is the fifteenth book in her Capital Crimes series, and many of these titles are in print in Fawcett Crest paperbacks. She lives with her husband, retired New York Times editor and writer Clifton Daniel, in Manhattan, going to Washington only rarely to make certain that she keeps up with its particular and sometimes peculiar tribal rituals and customs.