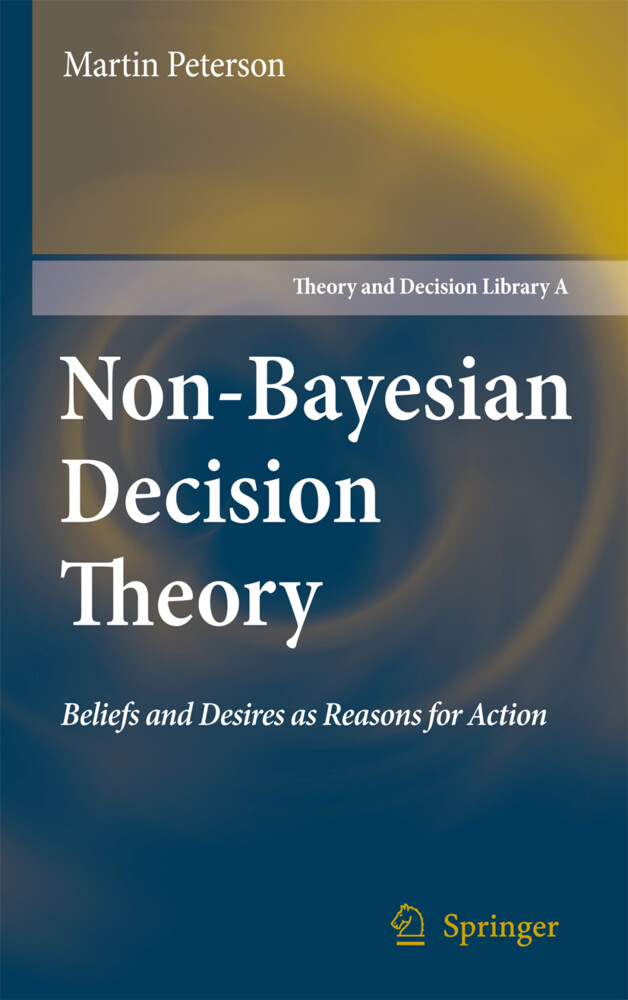 von Martin Peterson
Beliefs and Desires as Reasons for Action. Softcover reprint of hardcover 1st ed. 2008. Paperback. Sprache:…
Taschenbuch
This book aims to present an account of rational choice from a non-Bayesian point of view. It provides the first non-Bayesian account of normative decision theory and includes a formal account of the framing of decision problems.

For quite some time, philosophers, economists, and statisticians have endorsed a view on rational choice known as Bayesianism. The work on this book has grown out of a feeling that the Bayesian view has come to dominate the academic com- nitytosuchanextentthatalternative,non-Bayesianpositionsareseldomextensively researched. Needless to say, I think this is a pity. Non-Bayesian positions deserve to be examined with much greater care, and the present work is an attempt to defend what I believe to be a coherent and reasonably detailed non-Bayesian account of decision theory. The main thesis I defend can be summarised as follows. Rational agents m- imise subjective expected utility, but contrary to what is claimed by Bayesians, ut- ity and subjective probability should not be de?ned in terms of preferences over uncertain prospects. On the contrary, rational decision makers need only consider preferences over certain outcomes. It will be shown that utility and probability fu- tions derived in a non-Bayesian manner can be used for generating preferences over uncertain prospects, that support the principle of maximising subjective expected utility. To some extent, this non-Bayesian view gives an account of what modern - cision theory could have been like, had decision theorists not entered the Bayesian path discovered by Ramsey, de Finetti, Savage, and others. I will not discuss all previous non-Bayesian positions presented in the literature.

"This book presents an account of rational choice from a non-Bayesian point of view. ... this book argues that the non-Bayesian approach offers more action guidance to the decision maker. ... the book is well addressed to all researchers in the field of decision theory, and especially those with philosophical concerns." (Vangelis Grigoroudis, Zentralblatt MATH, Vol. 1151, 2009)

"Anyone concerned in the foundations of normative decision theory and who feels puzzled by the way this theory typically proceeds will doubtless welcome Martin Peterson's Non-Bayesian Decision Theory. ... Perterson's book is written in a clear and pleasant style, is well organized and shows an impressive mastery of both formal models and conceptual issues pertaining to contemporary decision theory. ... Its reading will be valuable to every scholar - philosopher or economist - interested by decision theory." (Mikaël Cozic, Economics and Philosophy, Vol. 27, 2011)