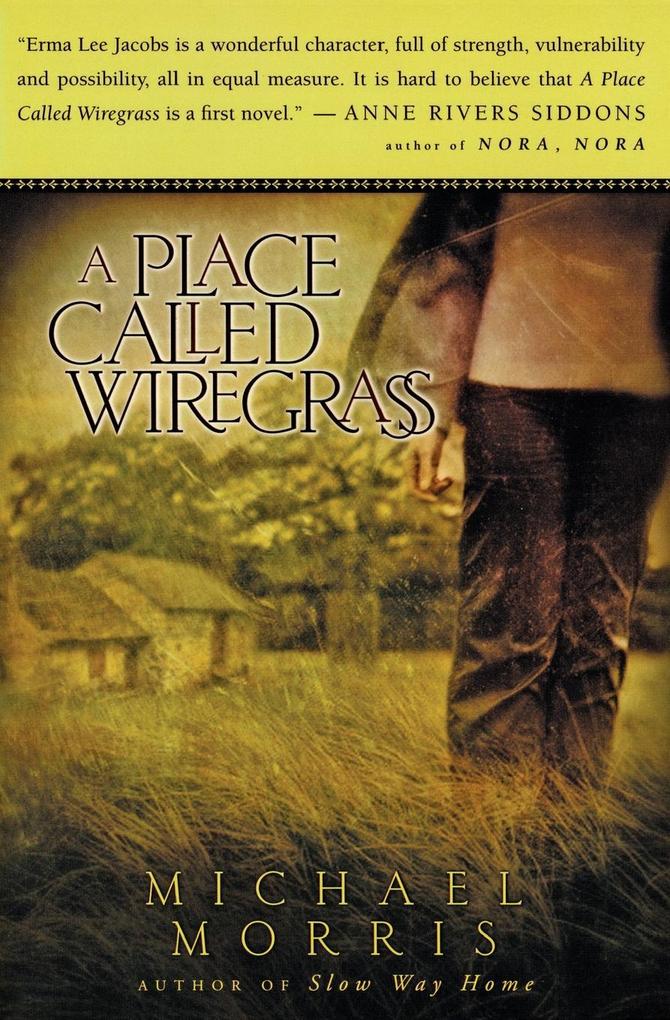 von Michael Morris
Paperback. Sprache: Englisch.
Taschenbuch
Erma Lee is on the run . . . Running from an abusive husband . . . running from a mother who doesn't care -- never cared. Running from a soul-numbing factory job that has held her down her entire life ...
Erma Lee and her granddaughter, Cher, flee to … weiterlesen
Dieser Artikel ist auch verfügbar als:
Geschenk per Mail versenden
Taschenbuch

Erma Lee is on the run . . . Running from an abusive husband . . . running from a mother who doesn't care -- never cared. Running from a soul-numbing factory job that has held her down her entire life ...
Erma Lee and her granddaughter, Cher, flee to the town of Wiregrass, Alabama, to escape the past and start over -- or so Erma Lee thinks. Erma Lee forms an unlikely friendship with Miss Claudia, an elderly socialite who is hiding a few details about her own past. Life in Wiregrass is different for Erma Lee and Cher, for here they find mercy and promise -- until, that is, the day Cher's convict father arrives in town, forcing all three women to come to terms with buried secrets.

A fifth-generation native of Perry, Florida, a rural area near Tallahassee, Michael Morris knows southern culture and characters. It is the foundation and inspiration for the stories and novels he writes.
Upon graduating from Auburn University, Michael worked for U.S. Senator Bob Graham and then became a sales representative for pharmaceutical companies. As a sales representative, Michael decided to follow a life-long desire and began writing in the evenings. The screenplay he penned during this time is still someplace in the bottom of a desk drawer.
It is when Michael accepted a position in government affairs and moved to North Carolina that he began to take writing more seriously. While studying under author Tim McLaurin, Michael started writing the story that would eventually become his first novel, A Place Called Wiregrass. The novel was released in April, 2002 and is currently in its third printing. A Place Called Wiregrass was named a Booksense 76 selection by members of the American Independent Booksellers Association as and is part of the southern literature curriculum at two universities. Michael's latest novel, Slow Way Home, will be released by Harper Collins on September 23 and his work can be seen in the southern anthology Stories From The Blue Moon Café II.
Michael and his wife, Melanie, reside in Fairhope, Alabama.